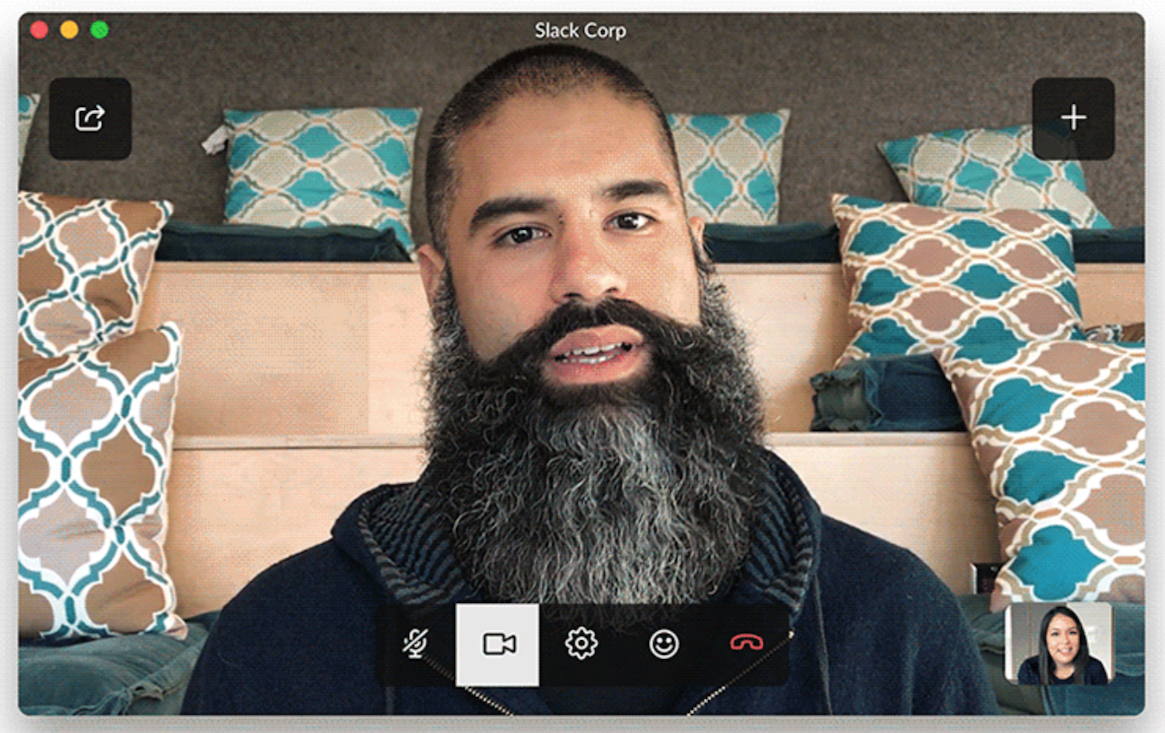 Having rolled out its voice call feature earlier this year, Slack is now updating the service to include video calling.

Working in a similar fashion to Skype, the new service is an extension of Slack’s voice call feature.

As with before, users click on the phone icon to make a call to a colleague, but now they can choose to video call by clicking the new camera button.

Slack users can call one colleague, or a group of up to 15 people if they are on a paid plan.

The video feature also offers emoji responses, which lets users share their reactions to a conversation with emojis without having to un-mute a call.

The emojis will pop up over the video and set off a soft noise, before disappearing again.

Slack’s video calls can also be defaulted to a third-party service, such as Google Hangouts or Skype.

Speaking about the new feature, Slack said: “Making calls within Slack, whether voice or video, can be helpful at times when a face-to-face conversation is needed, like when you want to give someone feedback or have a one-on-one discussion with a teammate in another office.”

Rolling out over the next few days, the new video call feature will be available on the latest versions of Slack’s Mac and Windows desktop apps, as well as Google Chrome.