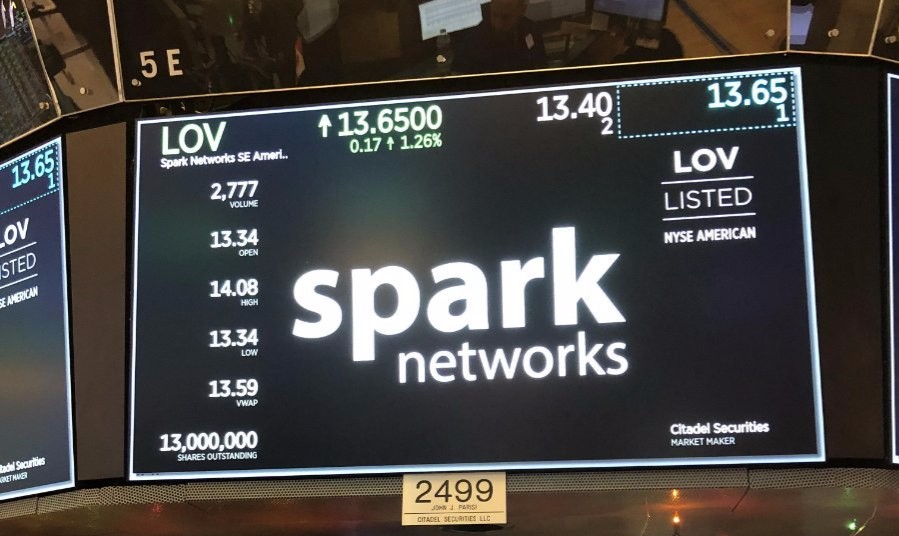 The management team at Spark Networks has published an open letter for its investors to address the poor stock market performance during 2019. The publicly traded company has seen its valuation drop by almost 70% since the end of March.

This is in spite of it making positive moves in the market, such as the $255 million takeover of Zoosk which reportedly grew Spark Networks’ user base three times over.

The company speculated that the slide was caused by “concentrated share sales” by a minority of shareholders, rather than evidence of continued under-performance.

However, Spark Networks reiterated that it still felt “disappointed” with its declining share price.

It was also announced that a number of periodic letters to investors will continue to be released throughout the year, in order to fill in the gaps between the bi-annual financial reports.

The letter highlighted the company’s three step strategy to cement its place on the serious relationship side of the online dating industry.

Phase one is to reach critical scale to unlock the full profitability potential, which includes completely integrating its latest acquisition into the Spark Networks’ Berlin headquarters. The team wants the whole of the main Zoosk office in San Francisco will be moved to Germany by June 2020.

Secondly, over the next five years it hopes to emerge as the undisputed market leader in serious dating, alongside Match Group which it notes is at the top of the “casual market”.

A spokesperson said in the letter: “With meaningful market share in the US and Europe, experience successfully integrating acquisitions, and the know-how to launch differentiated new brands, we have the scale, the technological platform, and the experience to capitalize upon the opportunity at hand.

“To this end, we are building a single, highly-flexible, shared technology platform to efficiently support our global portfolio of serious dating brands.”

Following the release of the letter, founder of White Label Dating Ross Williams offered his support by saying on Twitter: “it’s clear to me that Spark Networks is grossly undervalued”.