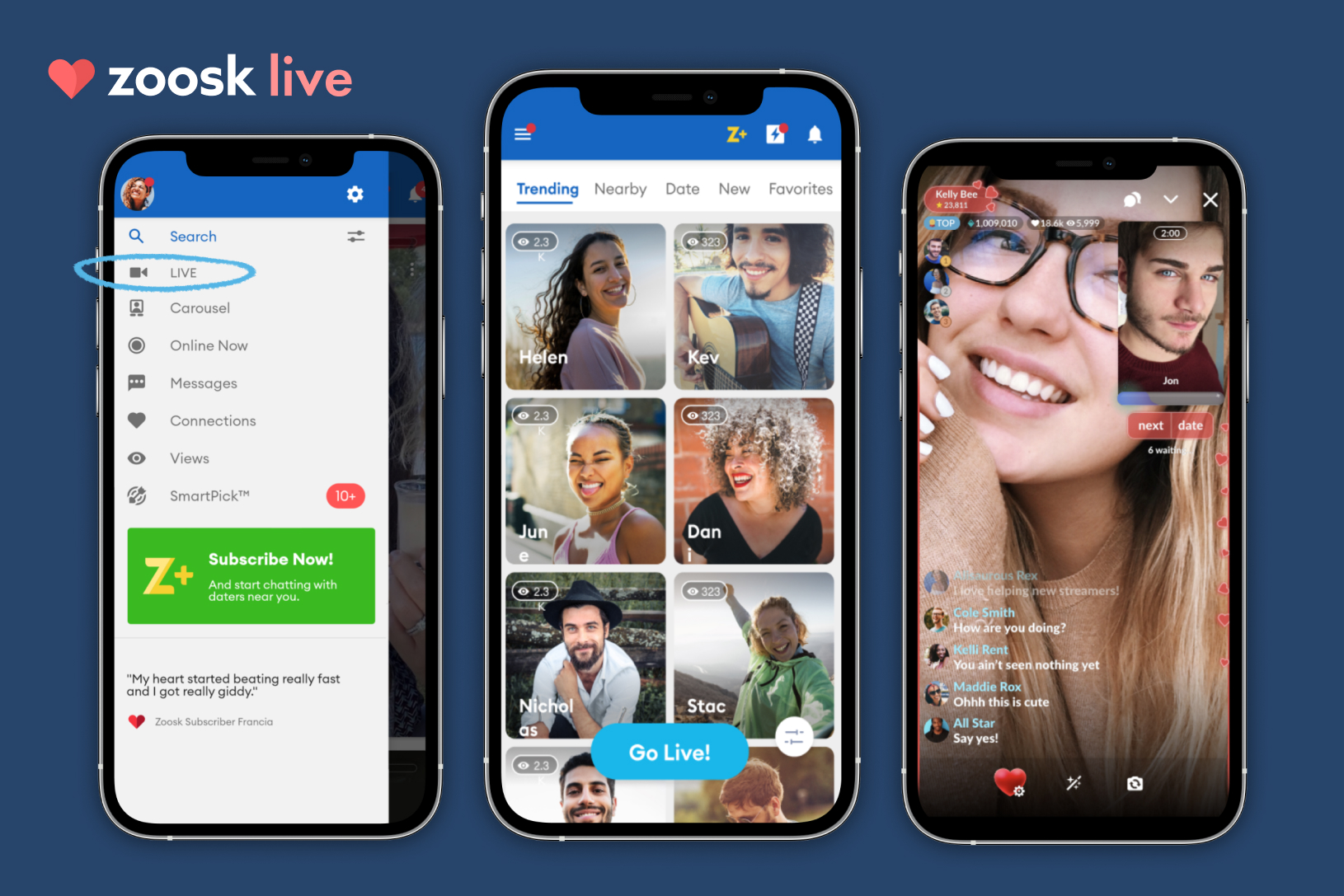 The development was first announced in March and created in collaboration with ParshipMeet Group using its ‘video Platform as a Service’ product.

The Meet Group also helped Match Group launch live video on Plenty Of Fish last year and the technology could be introduced to other Spark Networks subsidiaries in the near future.

Users in the UK, US, Canada and Australia can access ‘Zoosk Live!’ for free, but also have the opportunity to reward their favourite streamers with virtual gifts.

Anika Mueller, VP of Product at Spark Networks, explained in a statement: “Events over the last year and a half have led to people exploring the social possibilities of live video like never before. We anticipate that people will continue embracing this tech even as they return to in-person meet ups.

“This was highlighted in a recent Zoosk singles’ survey, where a majority of people said that they want to make video interactions a regular part of their post-pandemic dating routine.”

Speed dating game NextDate is also now available, which sets streamers up on 90-second dates while they’re broadcasting. If there is a mutual attraction, both participants can agree to continue the conversation in private after the stream has ended.

Spark Networks is in the process of pivoting its strategy to include more social discovery features and the introduction of livestreaming is a significant step in the journey. David Clark, formerly of The Meet Group, will join the company as Chief Financial Officer next month, bringing valuable experience working with hybrid social apps.

Zoosk has also unveiled a new logo, moving the two-tone heart to the side of the brand name and featuring a softer, pastel colour palette.