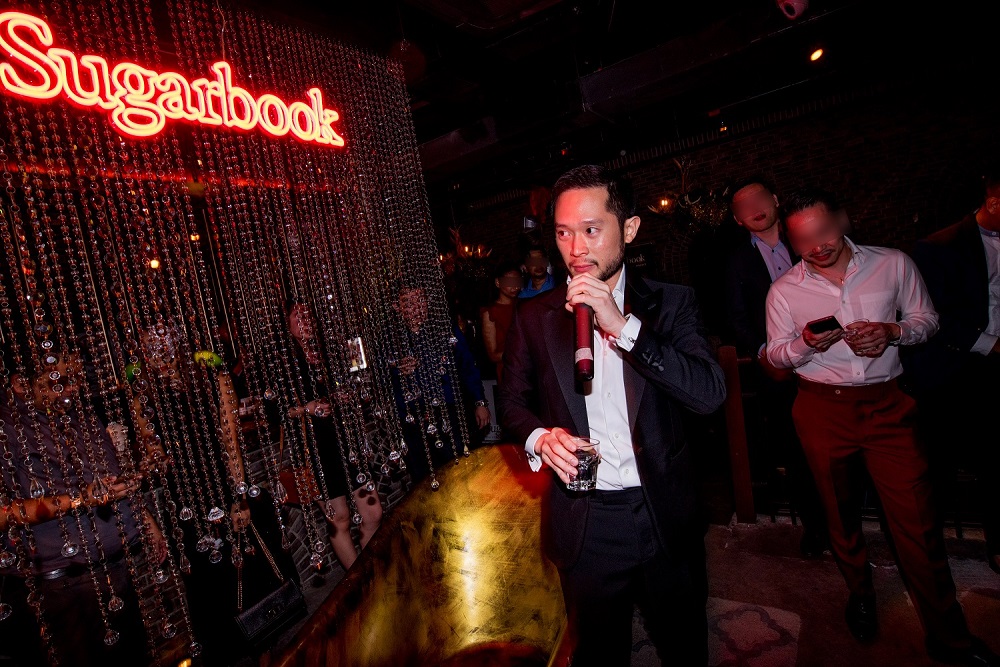 The party was masquerade themed, with attendees wearing masks and official photographs being blurred to protect their identities. A press release claimed that several former competitors from Miss Universe Malaysia were in attendance.

It was the company’s first offline event exclusively for its VIP members, helping them to forge connections in real-life. Guests were free to connect in private, as well as in organised dating games, and were entertained by performances by adult dancers.

Malaysia is the largest of Sugarbook’s three markets. It is looking to expand to more major Asian cities and London by the end of 2020.

“I believe that it would be extremely difficult to achieve our goals in life without money, more so if we cultivate relationships without it.”

He has continued to defend his platform in the face of accusations that it facilitates prostitution. Last year, Chan told GDI that Sugarbook operates completely legally and advertises sugar dating as a lifestyle rather than a profession.

However, there is no way for such services to completely moderate user activity and ensure that money isn’t being exchanged for one-off sexual encounters. A documentary from the BBC Three concluded that sugar dating should be considered sex work.

Sugarbook hosted another event in September 2018 to coincide with the Singapore Grand Prix. The party was scheduled to be held in association with the Singapore Tourism Board, but the government agency backed out after learning more about the dating site.