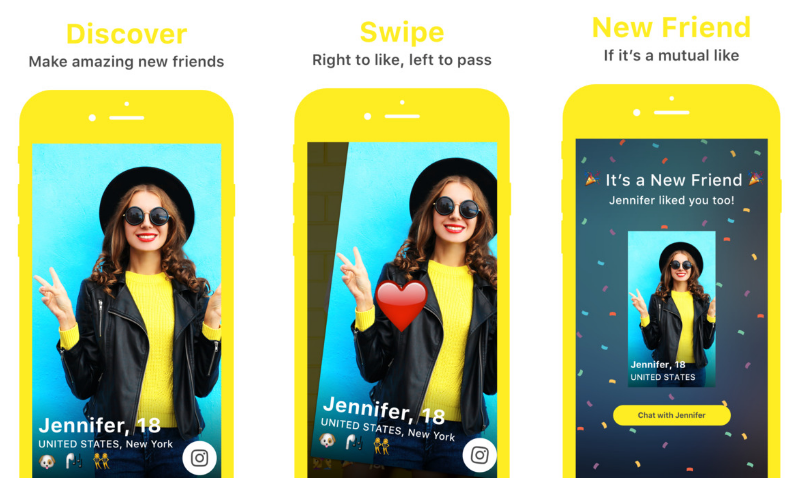 A Sunderland school has posted a warning on its Facebook page about user safety on social connections app Yellow.

The mobile app, dubbed “Tinder for teens” by the press, lets users swipe left or right on other member profiles and if both users swipe right, the pair will match and can begin talking within the app.

Yellow is open to anyone aged 13 and above and users who are between the ages of 13 and 17 need to have parental permission before they can set up a profile.

If a user is above the age of 18, they will be prevented from contacting younger Yellow members – this said, the app does not verify users, meaning people can lie about their age.

Castletown Primary School posted to its Facebook page earlier this month saying: “We have been informed by Northumbria Police about an app called “Yellow” which is available on both iPhone and Android.

“It is basically a dating app for children. If anyone knows of “Tinder”, it is essentially the same, allowing young people to find others nearby and send photos of themselves.

“It is very easy for adults to use the app, posing as a young person.”

This post is said to have followed a visit to the school from local neighbourhood officers.

Northumbria Police neighbourhood inspector Don Wade explains: “The advice was given as part of an input by local neighbourhood officers who visited the school to speak to the school children about a range of issues including online safety.

“It was given as general information around the social media sites that exist and not in response to any particular concerns that have been raised.”

This isn’t the first time that Yellow has caused concerns for young people’s safety online.

Back in November last year, the NSPCC raised concerns that sexting between older users and youngsters could potentially occur on the app.

An NSPCC spokesperson said at the time: “Yellow’s settings that enable adults to view children, through a service blatantly aimed at flirting and relationships, create an opportunity for sexual predators to target young people.

“This would mean adults would not be able to pose as children or vice versa, and any operator that failed to comply could face fines or be blocked from operating in the UK.”

In response, Yellow’s developers said they would no longer allow adults on the app to change their age without proof of ID, however the company would not be verifying ages at the sign-up stage.

The app has also banned profile pictures that do not contain faces.

Find out more about Yellow here.