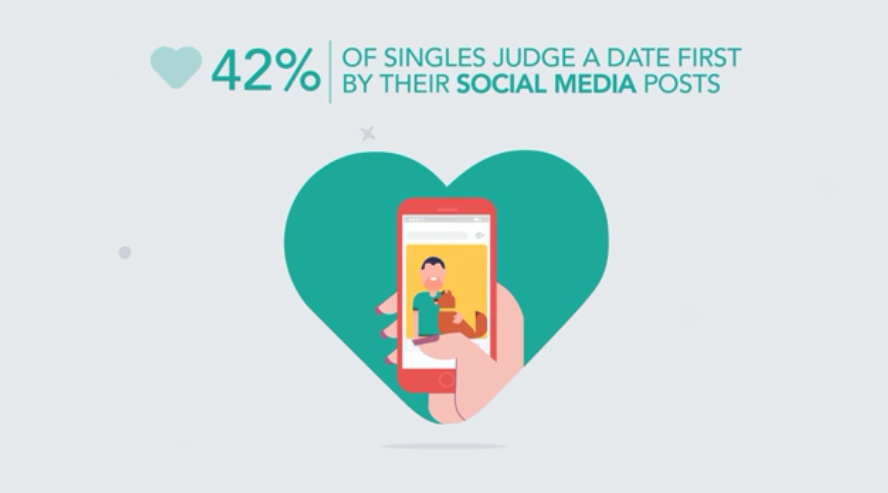 Match.com has released the findings of its annual Singles in America study, which reveals how adapting gender roles, social media and changes to attitudes are impacting dating.

One of the biggest headlines from the report is that more and more singles are turning to the internet to find a partner – in fact, 53% of singles now have a dating profile.

According to Match.com, 40% of singles have dated someone they met online, compared to a measly 25% who met a partner through a friend.

The study also revealed that singles are now reporting a sense of addiction towards dating – 15% of people saying they feel this way – with men 97% more likely to feel addicted than women.

Millennials were also found to be 125% more likely to say they are addicted to dating, compared to older generations.

Mandy Ginsberg, the CEO of Match Group North America, said: “Every year our ‘Singles in America’ data reveals evolving trends on how singles are connecting.

“1 in 2 single people have created a dating profile on an app. That is a huge shift from seven years ago, which clearly indicates the stigma of online dating is officially dead.

“Yet 55% of singles say technology has made dating harder, which makes data like this crucial to better understand the modern single and how we can bring more people together in the real world.”

Match.com found that singles feel social media has created a “fear of missing out” (57%), and this has made them feel more self-conscious about the way they look (51%).

This is perhaps unsurprising, given that 42% of singles will judge their dates’ social media posts and 42% will look at their photos.

Match.com also found that people are put off by those who complain on Facebook (58%) and those who are active on social media (50%). Having an old phone model also apparently lessens someone’s chances of getting a date by 56%.

According to the study, 75% of singles consider answering the phone with no explanation a massive turnoff, and 66% consider texting while on a date a big no-no.

A huge 57% of singles also regard the “occasional text” off-putting and 58% of singles are even turned off if someone leaves their phone on the table facing up.

Singles also feel that offering an iPhone password is not a sign of love – both genders still regard “more traditional moments” (such as mentioning them to friends and caring for them when they’re ill) as a way of telling if someone loves them.

According to Match.com, millennials are less interested in sex and hook-ups than one might think  – 51% of single millennials more likely to have no interest in sex, compared to Boomers, the dating site said.

They are also 40% more likely than those in any other generation to believe that an emotional connection makes sex better, and are the least likely to cheat on someone.

That said, 48% of millennials are more likely to have sex before a first date, compared to other generations.

When it comes to relationships, millennials are 30% more likely to want a serious relationship in 2017 in comparison to other generations.

Although most singles don’t have a clear understanding of what feminism is, gender roles and expectations do seem to be shifting when it comes to dating.

Match.com revealed that 71% of men consider it attractive if a woman offers to split the bill with them, however 65% put this down to women just wanting to be polite and 61% say it’s because they don’t want to be seen as only wanting free food.

This compares to 47% of women who offer out of politeness or a want to appear independent and 74% who offer as a way of not feeling they have to hug or kiss their date or meet them again.

Men were also found to prefer women who initiate things like the first kiss (95%) and the first time having sex (93%), as well as women who are the first to contact after date one (94%) and those who ask for their number (95%).

According to Match.com, men also think feminism “has changed the dating rules for the better,” and consider dating safer (55%), easier (49%) and more fun (54%).

On the other hand, women say feminism has made them more choosy (63%) and empowered (57%). Dr. Helen Fisher, biological anthropologist and Chief Scientific Advisor to Match.com, said: “The annual ‘Singles in America’ study has once again demonstrated new emerging trends including men’s overwhelmingly positive view of feminism and feminists, in the boardroom and the bedroom.

“Moreover, if you want to spur a budding relationship forward, skip the flowers: leave your cell phone in your pocket.

“And how do you know when a friendship is turning into a romance?  Singles still express true love in ancestral ways – it’s not about revealing your passwords.”

Read more about this study here.