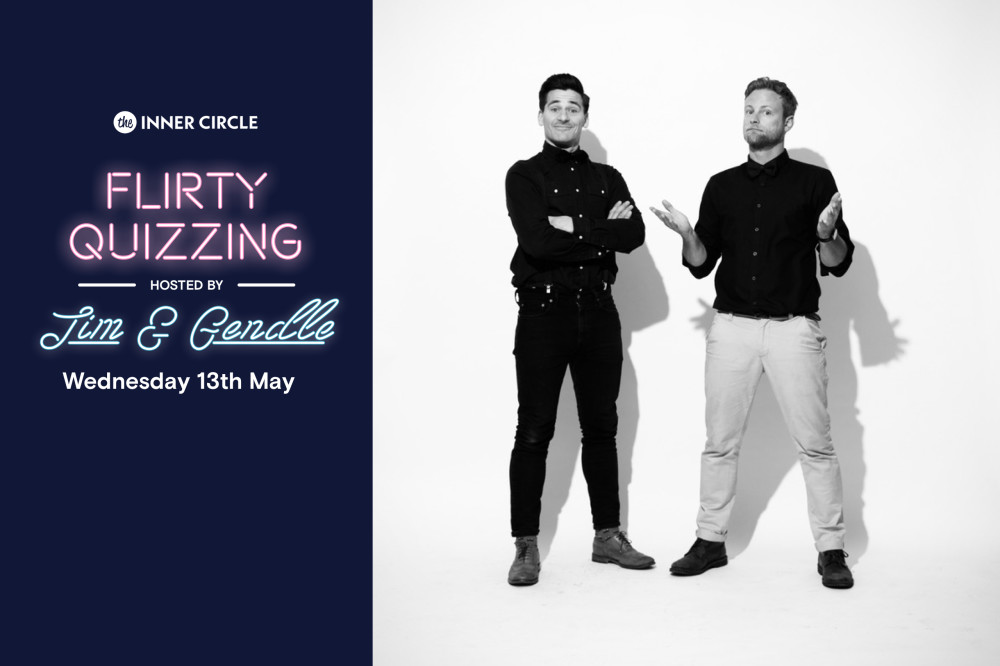 The Inner Circle is hosting a virtual pub quiz to help its members continue to connect while they are isolating in their own homes.

The dating app is known for its variety of offline singles events, but announced midway through March that its slate of gatherings would be suspended indefinitely due to the global pandemic.

Taking place at 7:30pm BST on 13th May, ‘Flirty Quizzing’ will randomly split up contestants in teams, giving them a chance to meet other singles as well as replicating the traditional pub quiz experience.

It’s taking place on the video conferencing app Zoom and will be hosted by Tim Warwood and Adam Gendle, popular television presenters from the UK.

The quiz costs £5 to enter and The Inner Circle has promised to donate 100% of profits to the NHS Charities Together campaign. Members of the winning team will be rewarded with a free three-month premium subscription to the dating app.

Last month, The Inner Circle warned daters to not lie about how they’ve been spending their time in lockdown and encouraged them to be honest overall in their dating lives.

The research, which was published ahead of National Honesty Day, showed that 13% of daters would immediately end a relationship if they found the other person to be lying. The most unforgivable lies include pretending to not have children and incorrectly claiming to want a serious relationship.