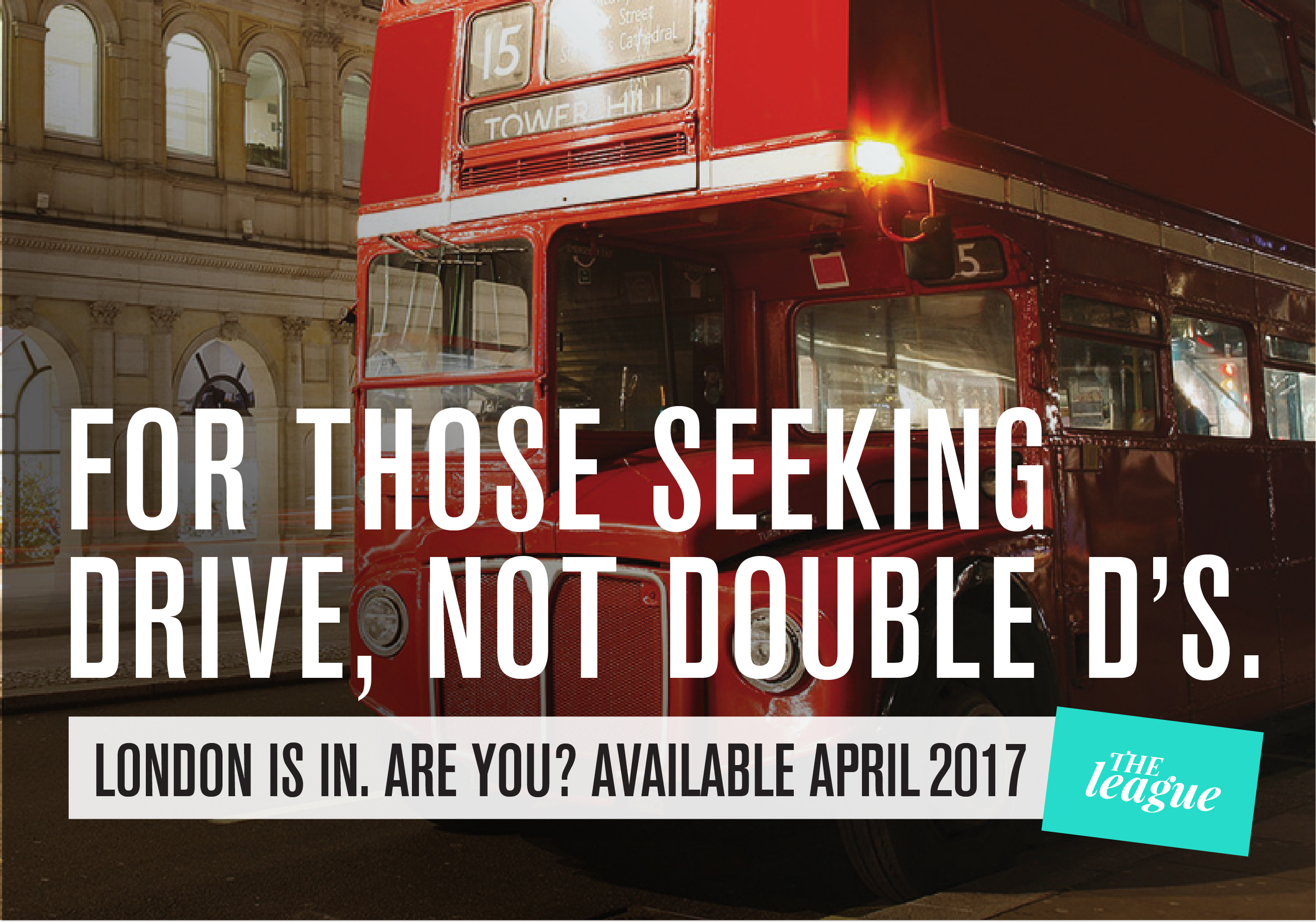 The League is making London its first international stop outside of the US.

The exclusive dating app announced its plans to launch in the capital today, making it the app’s seventh market and first outside of America.

Founded by Amanda Bradford in 2015, and “modeled after private members-only clubs like Soho House”, The League is currently live in New York, Los Angeles, San Francisco, Chicago, DC, and Boston.

London is its next stop, The League choosing the English capital for its “similarities to Manhattan” according to Bradford.

Speaking about the reasons for choosing London, The League’s CEO said: “It’s a no brainer. London has an incredible pool of ambitious, well educated men and women that are looking for someone who shares their drive. There aren’t many cities like London in the world.”

The League currently has 10,000 people on its London waiting list, and will be admitting 2,000 of these users to join its “founding community”.

Officially launching on 25th April, this will be preceded by a week-­long “pre­game” in London during the week of 27th April.

Its London launch is part of an international expansion program, the company planning to open in 10 other international cities later this year.

Earlier this week, The League announced it was adding read receipts to its new premium service, which costs $179 for an annual subscription.