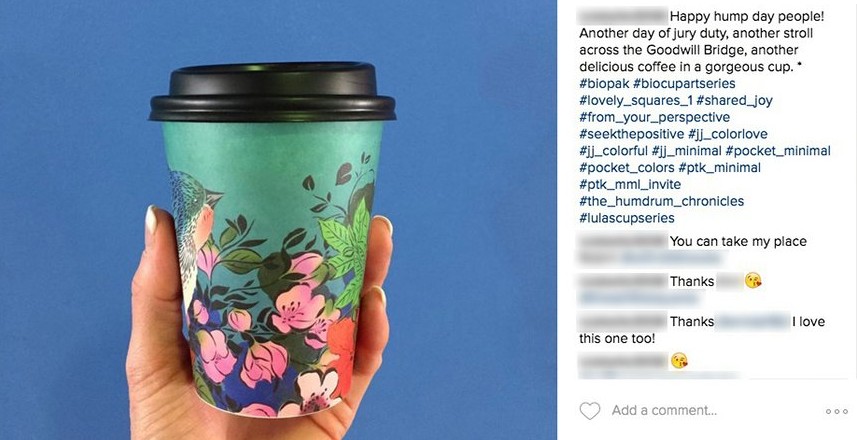 The trial of Gable Tostee that last week resulted in a not guilty verdict was almost ruled a mistrial because of the Instagram posts of one of the jurors.

The juror was found to have posted numerous photos on Instagram, tagging her location at the Supreme Court in Brisbane and writing comments like “another day of jury duty”, and “you may have heard about it on the news.”

One of the Queensland woman’s posts read: “I snagged a bad one lovelies. But I’m sure that I’m never thrown anything that I can’t handle, so although it will be a tough trial, I will learn and grow from it.”

The trial was of Gable Tostee, the 30-year-old Australian accused of the murder of Tinder date Warriena Wright, who fell 14 floors to her death after a heated row at Tostee’s Queensland apartment.

Although she did not mention the exact case, the comments left on the posts and her location tagging of the court led to Tostee’s barrister calling for a mistrial on the basis that judgements may have been swayed by external influences.

However, Justice John Byrne turned down the application, saying that although the juror’s actions were “unfortunate”, he had no reason to order a mistrial.

Justice Byrne said: “This is a particularly disappointing feature of the events of the day but only one is responsible for it.

“That juror will discover when she accesses her Instagram account that many members of the public have commented on her decision to communicate with others during the course of the trial.”

The four photos, which were publicly shared with her 2,500 followers, were of arty cups from coffee shops, accompanied by various comments related to her role as juror on the case.

One of the captions read: “Happy hump day people! Another day of jury duty, another stroll across the Goodwill Bridge”, another saying: “Ready to face yet another day of deliberations … I think.”

Before judging a case, jurors are told not to use social media for the privacy of those involved and also for their own personal safety.

Jurors are also forbidden from reading or hearing any information about a case other than the evidence given to them in court, something that is obviously very difficult if they are using social media sites.

Marilyn Bromberg, a senior lecturer at the University of Notre Dame, told the Guardian: “A lot of jurors who do comment about a case, they’re not malicious — they just either don’t realise that it was wrong to do, or they’re addicted.

“They post everything in their lives — it would seem incomprehensible that there’s something they can’t post about.”

In the state where the Gable Tostee trial was held, jurors can face up to two years in prison for posting information about jury deliberations or for identifying other members of the jury – concerns that other social media users expressed on the woman’s Instagram posts.

However a spokesperson for the Brisbane court said last Friday that no further action was planned against the juror.