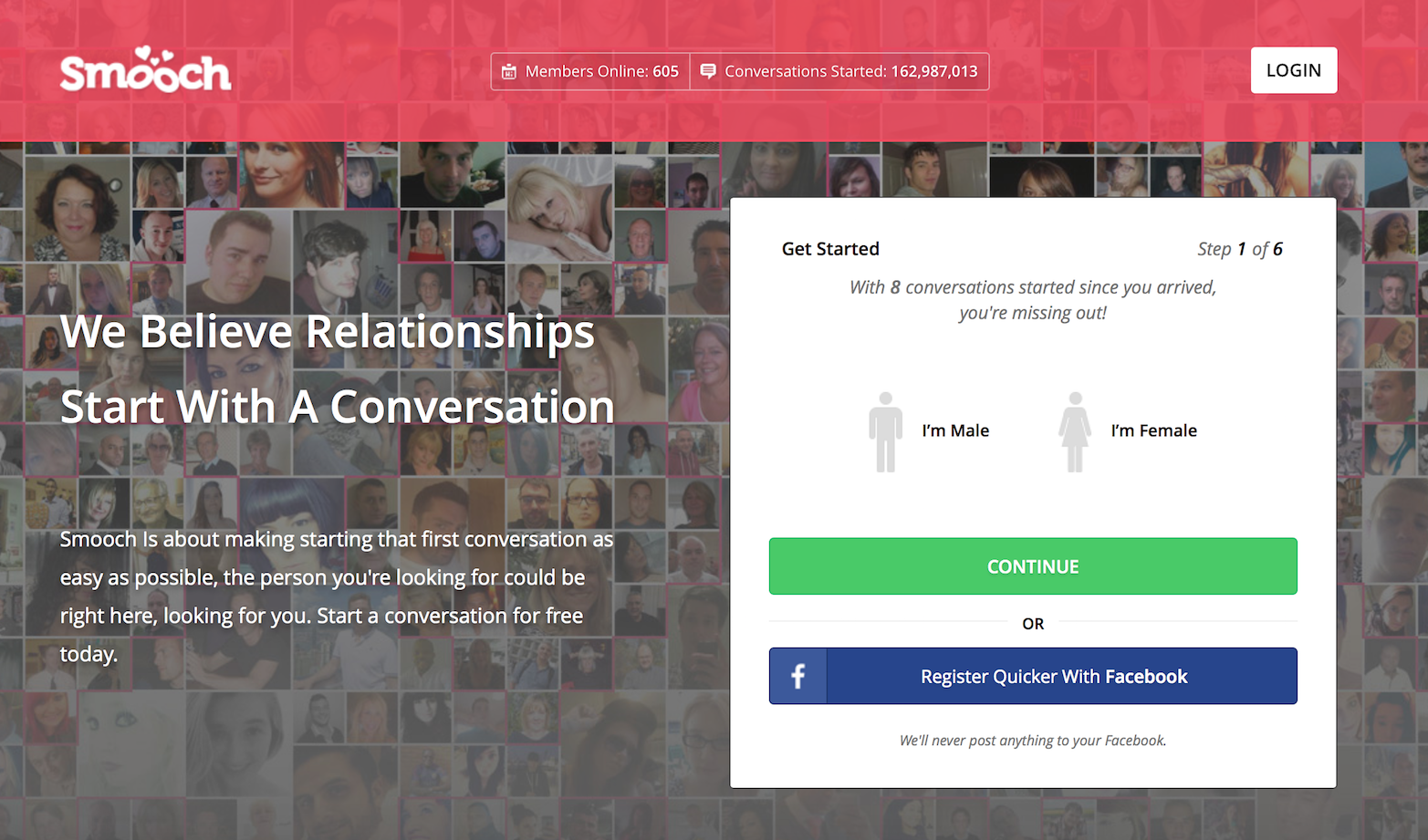 Venntro says its “successful transition” of dating product Smooch.com to a paid site has pushed its new dating division’s EBITDA up by 279%.

The WooWise division of the umbrella company has also seen new mobile product Jiko hit 1m swipes, as the worldwide brand looks to further expand beyond its white label roots.

The division houses Smooch.com, Jiko and Revealr, with the former’s transition to a paid site beginning in 2014, after two years of running the acquired brand as a free dating platform.

And Venntro has just revealed that since turning Smooch into a paid site, it has seen year-on-year revenue increase by 44.2%, with operating costs cut by 52%.

Speaking about this growth, the founder & CEO of Venntro, Ross Williams, said: “Consumers will pay for online dating; the successful transition of Smooch.com from a free site to a paid site proves that.

“The Smooch.com userbase is one of the most engaged in our entire portfolio – it’s a testament to our product team that users are willing to pay for a service we previously delivered for free.”

This was hit on 20th April this year, just two months after its official launch in February. Jiko lets users create unique profiles by gathering information from their personal Instagram account, as well as match and connect with singles they’ve crossed paths with.

Jiko also offers users free in-app messaging, the ability to send “winks” to other users, and the option to retract their initial swipe on someone’s profile, like Tinder’s rewind feature.

On Jiko’s launch, Williams said: “The instant success of Jiko also proves the value of a portfolio approach when it comes to launching a new site.

“The site is showing promising signs of a steady revenue stream and we’ve quickly grown an engaged user base by advertising the site to other users across the WooWise portfolio, allowing us to achieve liquidity quickly. We look forward to reporting more significant growth in the coming months.”

It’s been a busy year for Venntro, who also launched SomethingSerious.com, a new site for daters tired of the repetitive and casual nature of many dating apps.

The dating brand also saw a record subscriber growth, registering a 53% increase in the number of new paying subscribers across its portfolio in January.

Next month, Venntro CEO Ross Williams is speaking at the GDI Amsterdam conference, giving a talk about founding an $80m a year company and almost losing it all in seven days.

To buy tickets for the GDI conference click here, and read more about Jiko here.