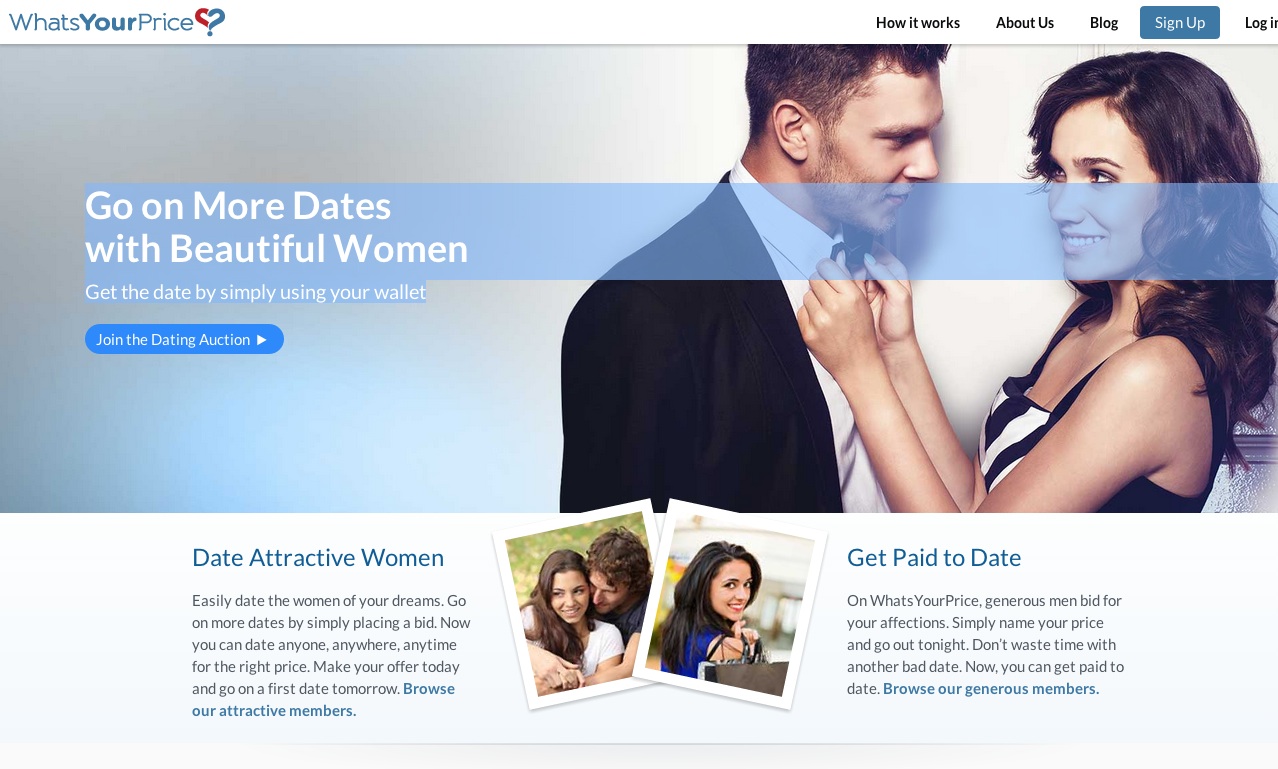 A single mother who used a controversial dating site to charge men for dates has received a $2m investment from one suitor, after being impressed by her idea for an app.

Samantha DeFazio, from Los Angeles, California used dating service WhatsYourPrice.com to charge male suitors up to $600 to take her out for an evening.

After joining the site in November 2014, the 32-year-old mother-of-one has revealed that in just 18 months, she made more than $5,000 from being wined and dined by members of the site.

On many of her dates, she was offered a number of expensive gifts, ranging from a Michael Kors watch to lingerie, clothing and make-up.

However, DeFazio was not only driven to use the site to earn money for her and her son, she also used the platform as a gateway to meet potential investors for her app, Joiride – a luxury taxi service driven by attractive women.

During her dates, she would pitch her application to her company, and after a number of rejections, she met a man inspired by her idea.

After being impressed by her determination and vision for the app, the man offered a staggering investment of $2m (£1.4m) to kickstart the process of making the app a successful product.

Speaking about the idea, DeFazio said: “I got the app design off of someone I met through the website, and learnt a lot about tax law from someone else” she said.

“One guy liked the idea so much he wanted to be involved.

“We decided not to date and be professional business partners instead. Last month he gave me the official OK for the two million dollar investment.”

The anonymous investor said: “When I met Samantha on our first date I knew I was in for a wild ride.

“I have never been more excited to start a business venture with someone who is so passionate about making their vision a reality.”

Whilst many of the other dates did not agree to investing, DeFazio said that many offered valuable business advice for her new product.

DeFazio is now officially running her luxury taxi service, and has since bought a new Fiat car, however has confirmed that she will remain on the site.

She said: “I’m not in a relationship right now but that doesn’t mean I’ve given up hope.

“I’m still trying and I’m going to keep using the website because it’s a great way to meet people.”