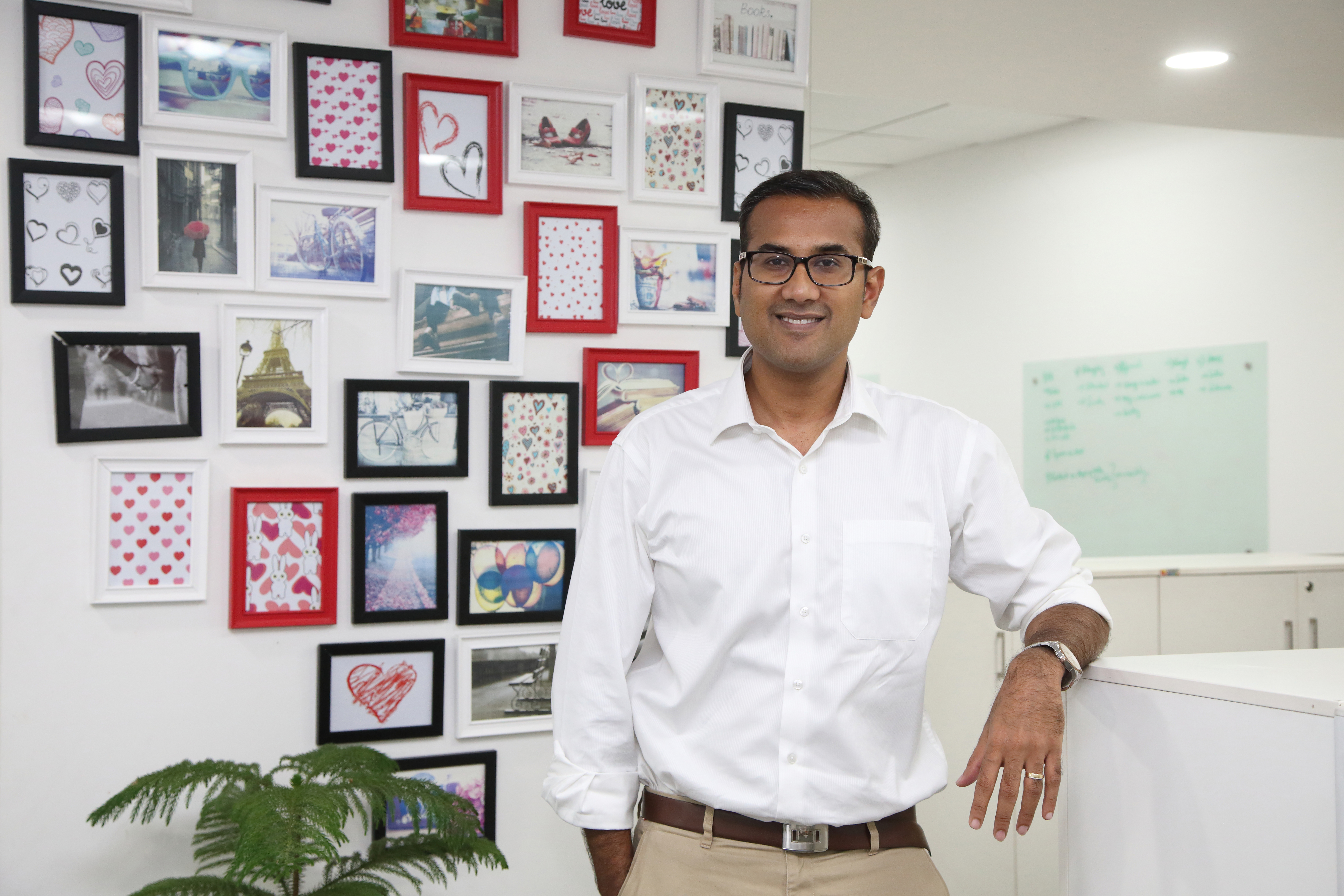 The vast size of the Indian market and the social changes the country has seen over the past few years has made India an extremely attractive space for the online dating industry.

Mobile giants like Tinder and Happn have recently made moves into India looking to gain traction, but there are already a strong set of dating startups based in India who have been working the mobile angle in this complex market for a number of years.

One of these is Woo, a dating app co-founded by Sumesh Menon and Ankit Nautiyal, which seeks to position itself somewhere between the older legacy matrimonial sites and the more hookup-orientated mobile offerings on the market.

Woo’s vision is larger than just the Indian market, however, as CEO Sumesh Menon wants to also focus on connecting Indians who are settled abroad – targeting the entire Indian diaspora with the dating product.

The company made a big step towards this goal by acquiring LA app DUS earlier this year, and with the company actively scouting for more acquisitions in other markets, we recently interviewed CEO Sumesh Menon to talk about the company’s history, how the Indian market has changed in recent years, and what his plans are for the future of Woo.

Check out an edited version of the conversation below.

Can you tell us a little about Woo as a product, its history, and what your mission as a company is?

Woo is a platform that connects like-minded Indians with common interests across the globe. While originally designed for India alone, we quickly realised that our platform had a global appeal, and was already favoured by Indians internationally to form a strong connection back to their homeland, so we launched our services across the globe mid last year.

Woo is a project that my co-founder, Ankit Nautiyal, and I had worked on for about two years, with lots of extensive consumer research as well as technical iterations, basically because we believe that this is a genuine, human problem in India and countries like India, which would be very powerful to solve. And so far, it seems like the right direction.

The mission behind Woo was to fill the gap between casual fling-oriented dating apps and the old-fashioned matrimonial portals, as urban singles are increasingly realising it takes a lot more – common lifestyles, interests and vision for life – to help identify a potential life partner. There is a huge under-served section of users who are looking to take the next big step in their lives, and would like to meet someone special for that. But the road to meeting that special someone, especially in a culturally-complex landscape like India, is quite tricky. Woo provides these users a sophisticated, secure and private platform as they go about their search.

What is your own personal background in?

Prior to starting out as an entrepreneur, my previous roles included long stints with Bharti Airtel, United Spirits and Valley startup Bubble Motion in Singapore, which have formed the basis of my deep interest and insight into the transforming role of mobile technology for consumers.

I started my first venture, U2opia Mobile in 2010. A 200-strong company, with a footprint spanning 60 countries, U2opia Mobile was listed as one of the most innovative companies of 2015 by Fast Company. In 2014, I launched my second venture – Woo, India’s leading dating app.

The last few years, I have also been actively connected to the startup community by advising and investing in early-stage startups. I am also a founding member of the GSF 5, India’s top startup accelerator program.

I am a major travel and photography enthusiast, and an ardent U2 fan.

Can you explain how Woo works and how users match and communicate on the platform? What additional/payed-for features does Woo offer?

Woo is a leading platform to find, chat and meet like-minded people. Woo is the number one destination for young people to connect and exchange ideas in multiple markets.

Woo matches profiles based on common interests and common lifestyles. The whole Woo experience is designed in such a way that the users are able to express their true personalities and form rich meaningful connections based on things that truly matter to them. We believe that technology, layered with the right human insight, has immense power to remove barriers and help connect people and create the magic.

Our paid features include:

What is Woo’s monetisation strategy?

In-app purchases are the sole source of income at the moment.

How are you different from other dating services operating in the Indian market?

It’s hard to differentiate on features alone because it’s easy to replicate, but our promise remains to focus on personalities and less on the superficial aspects. We continue to focus on Indian diaspora by appealing and connecting with Indians settled abroad. How would you describe the Indian dating market at the moment? How has it changed since you launched Woo?

The Indian online dating and matchmaking space is growing. Currently the overall matchmaking industry in India, including websites and apps, is estimated to be worth around $250m. We project that to grow to $800m – $1bn in three years as the urban population explodes.

It’s really interesting to see that among people who are between 25 and 35 years of age, four out of every 10 couples met via the internet, and every two of those met through a dating app. It’s a trend that’s growing, as more and more people realise that it actually works and that you can meet like-minded people on these apps.

India is on a very steep evolution curve, and over the last few years has leapfrogged to lifestyles very similar to those that you see in megacities around the world. Demanding careers and long commutes, where time is life’s most precious currency. In this kind of context, meeting someone special becomes quite challenging, and people are acknowledging that.

Luckily, however, India has adopted technology at a very fast pace, and people are quite comfortable with turning to technology to address this problem. The enthusiasm that greeted Woo’s launch in July 2014 and our growing user base is testimony to that.

Why do you think the Indian dating market is seeing so much attention right now? Why are people excited about the potential of the market?

There is huge potential in Indian market as India has more than 50% of its population below the age of 25 and more than 65% below the age of 35. It is expected that, in 2020, the average age of an Indian will be 29 years, compared to 37 for China and 48 for Japan.

Why do you think companies like Tinder and Happn are making big pushes into the market? Do you see them as a threat?

We do not see any one of them as a threat, as our positioning is quite different. Our focus is to connect with Indians settled abroad with high disposable incomes, common interests, liking and familiarity. Our product is tailor-made for an audience like this, with features like tag search, question cast & Woo globe, where a person can use location preferences, ethnicity and religion for searching profiles on the app. There are many things around dating that need a local perspective. International players just cannot compete.

What advice would you give to companies looking to launch in India?

Think long term and have a lot of patience.

Can you tell us about the recent acquisition of DUS – what interested you in DUS and why did you want to buy the product? Are you hoping to acquire more dating companies in the future?

Dus has merged with Woo in terms of brand identity and will continue to focus on reaching Indians in America. Dus has around 150,000 Indians using its app. This acquisition gives us access to their user base. We will be actively scouting for acquisitions to get access to the Indian diaspora in other geographies like Australia, the UK and Canada. We are constantly talking to prospects, but will only invest if we see clear synergies.

What are your international ambitions? What is the international split of your user base and are you seeing much traction outside of India?

With an understanding of the complex dimensions of national identity, culture, mind-sets and the opportunity, as a home-grown app with a track record of two years in connecting 4m Indian users, it makes business sense to expand ourselves globally to cater to this diaspora.

Our strategy would be to appeal and connect with Indians around the world.

Can you give us some stats about the product – how many users do you have, where are your biggest markets and what sort of growth are you seeing?

We have a base of over 4m users which is growing rapidly. We have people aged between 20-35 years on the app, but we have seen that people in the age group of 24-32 years get maximum matches as they are the most active ones on the app.

On average, our users spend 7-10 minutes on the app with over two sessions per day. In India, metro cities including Delhi NCR, Mumbai, Pune and Bangalore are our biggest markets

What are your plans for the next 12 months?

We want to consolidate our position in India and make our presence felt across the globe.

Find out more about Woo here.