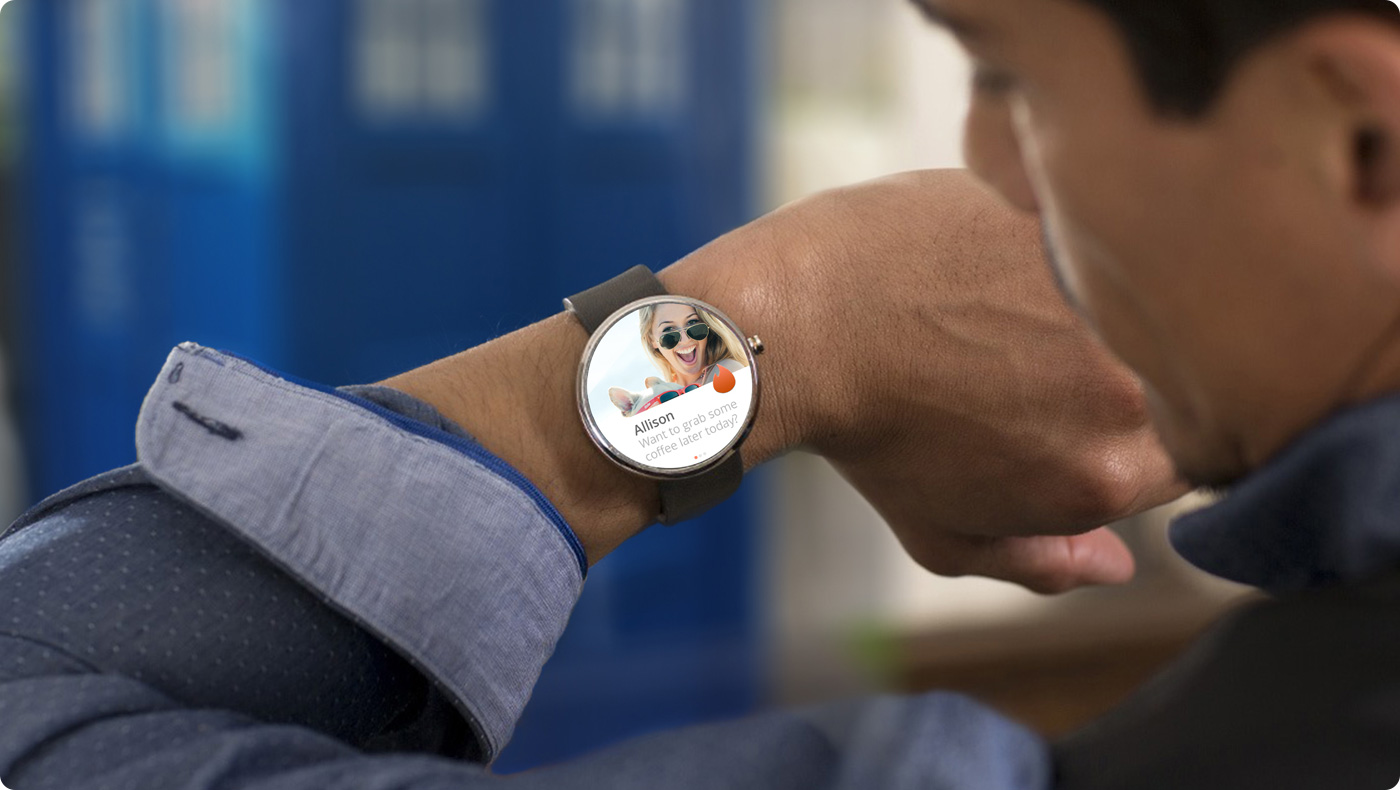 This is a guest blog by George Sanders from Dating-Experts.co.uk.

Smartwatches are increasing in popularity in today’s market. The Apple Watch will soon become a familiar sight, and new devices are coming to market all the time. Only last week, luxury Swiss watchmaker Tag Heuer announced plans to develop its own line of smart devices.

But what does this mean for the future of online dating services? Will these devices fulfil their promise of making the online dating experience a more intimate part of our daily lives, or will we find that in reality, we are still playing the dating game primarily through our mobile phones?

In its Dating Trends Report 2015, Dating-Experts interviewed 15 CEOs of dating companies about the outlook for their industry. The future of wearables was a key topic, and while all agreed that smartwatches and other devices had huge potential, opinion was more divided about when or how this might happen in the dating industry.

When asked whether or not he envisaged wearables changing the online dating game the same way that smartphones did, Shayan Zadeh, co-founder of Zoosk replied with just one word: “Absolutely.”

Tobias BÃ¶rner, co-founder of LOVOO, laid out his vision for a future where wearables and iBeacons will inform every part of the dating experience:

“In the near future, technologies like iBeacons and Wearables will take location-based dating to a new level. They will show who crossed my path during the day. Apps will be able to analyse a user’s location and preferences better and update them as soon as someone they might be interested in is nearby. Apps will also communicate with locations (like bars, clubs or boutiques) to suggest dating points to the user.”

Wearable technology has the potential to make matching more immediate and seamless in our everyday lives. For example, we can be alerted to the presence of a suitable partner in the same bar or on the street by a subtle vibration through our watch or bracelet. A watch could also be used as an easy way to quickly send icons or mini drawings to express appreciation to a match. When we like someone, we could limit the communication that comes through our watches to only that sender, and all the intimate messages we receive on our wrists would just be from them.

“Perhaps wearables could be a game changer. The uncomplicated, almost invisible benefits of computer resources and networks in everyday situations presents compelling opportunities for the future.”

There were also more cautious voices. Some of the respondents felt that the potential of wearables may have been over-hyped, and limiting factors such as screen size might be hard to overcome. This note of scepticism came from C-date founder Heinz Laumann, who said that “screen size does matter. I don’t think that in the future we will be able to read font 1 any easier than we can today.” Ravy Truchot, CEO of Gleeden said “with wearables, meeting people is more immediate and instantaneous, I do not think wearables are going to revolutionise the way people use online dating.”

The added value that wearables can bring to dating is something that we are only likely to really discover when someone develops an app that makes best use of the potential. A project initiated by the San Francisco based design studio LUNAR shows how the future might look.

LUNAR asked interns to come up with sketches of products that would make the dating experience more fun, by bridging the gap between the digital and physical world. One of the products that resulted from the challenge was Connect, a wristband that helps people break the ice while on the go.

This wristband broadcasts a subtle glow to show others that the wearer is open to chat. It comes with some abstract icons, which can communicate a mood or characteristic. Another was a rock-like pendant called Wizz, which vibrates when a prospective match with shared interests is nearby. The information is pulled from apps and social networks that people already use.

In the more immediate future, many consumers will be itching to know if their new devices will be compatible with Tinder. The leading dating app has shown its own confidence in the future of wearables and plans to make Tinder smartwatch compatible by the middle of 2015. The already super-simple app will become even easier to use. Just by saying the words “Start Tinder,” the smartwatch will bring up a series of profiles for the time-pressed Tinderer to swipe through. It may also be possible to send short messages by voice, so that you could, in theory, conduct a romance on the popular app without having to touch your phone.

The extent to which Tinder users make the switch and start swiping on their wristwatches could be a good early measure of how revolutionary these devices are likely to be. In the longer term, the presence of wearables in our lives seems set to become a reality, and one that is bound to influence the way we date, not least with the growth of instantaneous matching as we pass by other singles.

See full transcripts of all the interviews available in English here. You can also download the Dating Expert report in German here.