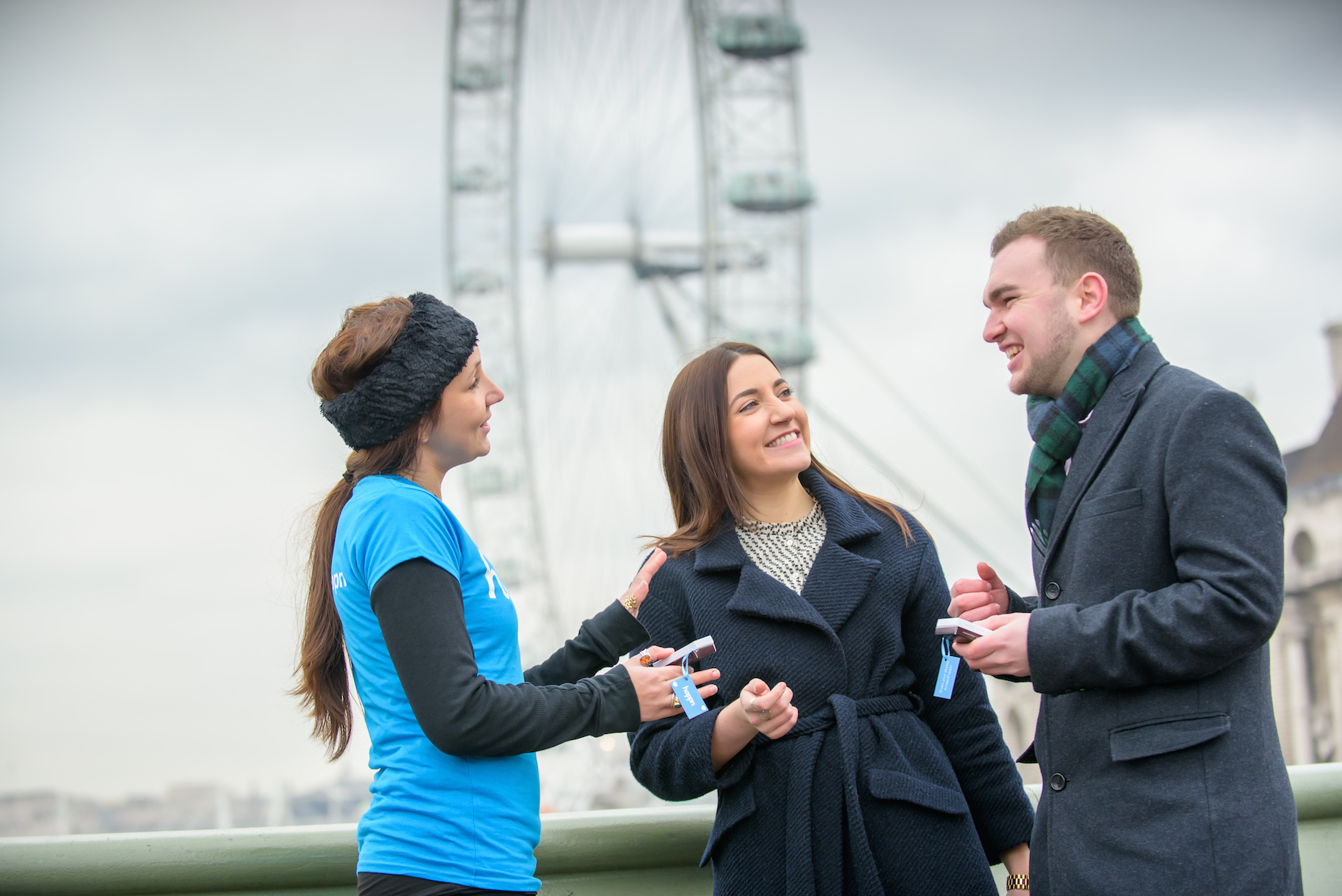 French dating app happn have been handing out chocolates in London, to encourage singles to make a move this Valentine’s Day.

The ready-to-gift sweets were made by London-based chocolatier, Artisan du Chocolat, and are being given to Londoners in the week leading up to Valentine’s Day.

Marie Cosnard, media spokesperson for happn said: “Your Valentine could be crossing your path every day on your morning commute, at the shops or in your favourite pub — but sometimes it can be difficult to break the ice. So we’re hoping to prompt that courage and enable singletons to make that first move.” Happn are also encouraging people to share their Valentine’s Day stories with the hashtag #makeithappn.

At the end of 2014, happn announced $8m in funding to expand the app internationally.

They are currently live in nine major cities, and have 1.4m users.

Watch an interview with happn CEO Didier Rapport by European CEO, where he talks about launching the app into a crowded market, and their plans for the future.