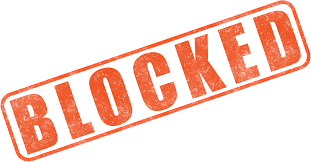 MARK BROOKS – Oct 18 – It’s no secret that the UAE blocks dating sites. I’m in Dubai for a few days and I thought I’d check the top ten dating sites in the USA according to Experian for September 2018. Here’s the results so you can see who’s blocked, and who’s not.

I also checked Matrimony and Shaadi and they’re both open and available. UAE doesn’t allow Internet dating but it does allow select matrimonial services. So how does Tinder make the cut? Does anyone have any insight on this?

and here’s the rest of the list from Experian.

I believe, expats who are on foreign app stores, i.e. USA, can get access to apps however. – Mark Brooks