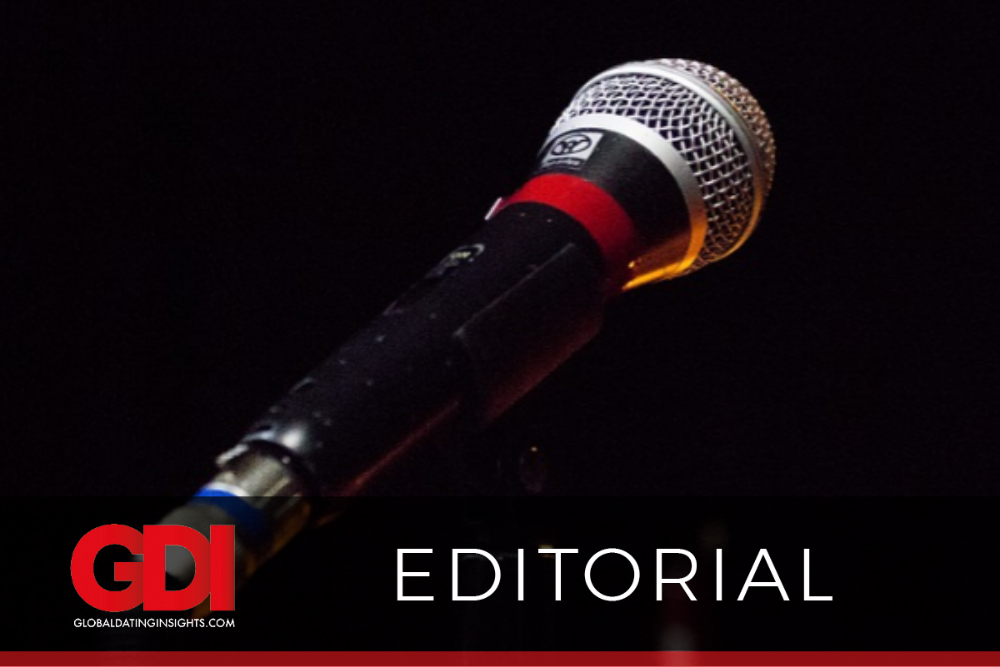 Intelligence Squared recently hosted a debate with the motion ‘Swipe Left: Dating Apps Have Killed Romance’. Approximately 50 million Americans have tried online dating, the organisers noted, and the top companies are raking in billions of dollars in revenue. Has the impact on human connection and the search for love been just as striking? Arguing for the motion were Eric Klinenberg, Sociologist & Co-Author of Modern Romance, and Manoush Zomorodi, Host and Managing Editor of Note to Self. Against the motion were Helen Fisher, Biological Anthropologist, Best-Selling Author & Chief Scientific Adviser at Match.com, and Tom Jacques, Vice President of Engineering at OKCupid.

The side arguing against the motion won the debate, with 66% of the live audience and 96% of the online audience feeling, after 90+ minutes of discussion, that dating apps had not ruined courtship for singles in 2018 (up from 37% and 35% pre-debate respectively). The side arguing for the motion seemed to lose support because they relied too heavily on anecdotal evidence, and because they (briefly) likened their opponents to tobacco companies extolling the benefits of tobacco, prompting a reprimand from the moderator. Both for and against made powerful, cogent points in support of their position, however, and the debate was well received online.  In this GDI Editorial, we summarise the best arguments made by the debaters.

The introduction to the debate featured a keynote conversation with Daniel Jones, Editor of The New York Times’ Modern Love column, who claimed that the stigma around online dating was rapidly disappearing. It was far less common nowadays, he felt, to hear stories about meetups gone awry. On the other hand, it seemed clear to Jones that companies are struggling to improve love through science. The methods they use to approach products and processes are not well suited to something with so much complexity, he thought, and there may simply be too much mystery for developers to make progress.

Eric Klinenberg, arguing for the motion, began by trying to position romance outside of data and statistics. Romance, he argued, is a feeling of being swept away, having butterflies or being ‘lost in love’. No amount of compatibility algorithms can replicate that initial feeling of wonder, and we should bear that in mind when we hear any relationship statistics. The motion did not concern the number of people who used dating apps, nor the number of dates they had created. Romance is subjective, and statistics wont change that.

An early point made by opponent Helen Fisher also concerned the nature of romance. Fisher argued that romantic connection was evolved, and that no technology could change its base appeal. To evidence this, she highlighted the role of the automobile and the role of viagra in changing what was possible romantically. Massive culture shifts in the intimate lives of singles came about after these innovations, and even bigger changes came from women entering the workforce and gaining access to the contraceptive pill. Romance, however, has remained a constant.

OKCupid’s Tom Jacques brought statistic after statistic to the defence of dating apps, often with great success. The market accepts these apps, he argued: 80% of users think they are a good way to meet people. Millions of relationships and marriages started online. 70% of LGBTQ relationships begin on an app or website. The rise in interracial marriage correlates very strongly with the rise of dating apps. Even 55% of people who have never used a dating app can see why they are a useful tool. He quipped, “If dating apps have killed romance, where is the body?”

Manoush Zomorodi criticised apps by highlighting the all-too-common negative experiences of women online. She felt that even though a romantic connection was possible, women had to run a ‘gauntlet’ of lewd messages, unsolicited pictures and offensive or abrasive men before getting anything close to a ‘spark’. This experience resonated with many women in the live audience. The apps themselves give users long, drawn out, unromantic experiences that are rarely what they are hoping for, Zomorodi argued. Everyone has a horror story from a dating app.

The debaters arguing for the motion also wanted to dispute the idea that the quantity of users was a good measure of romance. McDonald’s is popular, but bad for nutrition. Facebook is popular, but bad for news. Smartphones are popular, but bad for conversational skills. The tech utopia narrative is being challenged more and more as consumers worry about addiction and manipulation, and dating apps should not be exempt from that critique. Finding a partner online was becoming indistinguishable from shopping or ordering a pizza, and that doesn’t seem like a healthy way for dating and technology to intersect.

“Women in bars often have the complaint that they receive too much unwanted male attention. On sites like Tinder and Bumble, they have the chance to swipe left”

Responding to concerns about negative experiences, the side against the motion made the case that bad behaviour was not exclusive to dating apps. Women in bars often have the complaint that they receive too much unwanted male attention. On sites like Tinder and Bumble, they have the chance to swipe left or delete someone they find irritating, which is far easier than avoiding them in person. Further, instances of spammers and scammers on these services are declining rapidly. While the sheer size of the user base means problems are likely to persist, they are not vitiating in the way that the above criticisms suggest.

On the topic of statistics not being relevant, Fisher and Jacques simply said that each of the relationships and marriages that online dating has created must be romantic enough to last. Jacques’ closing remarks described how he, as a fairly shy person, turned to dating apps when he moved to a new city. He began seeing a woman who found his profile online, and they are now married. Fisher added that love is a human constant, across all cultures and technologies. It is adaptable and ‘unquenchable’, and online dating does nothing to change that.