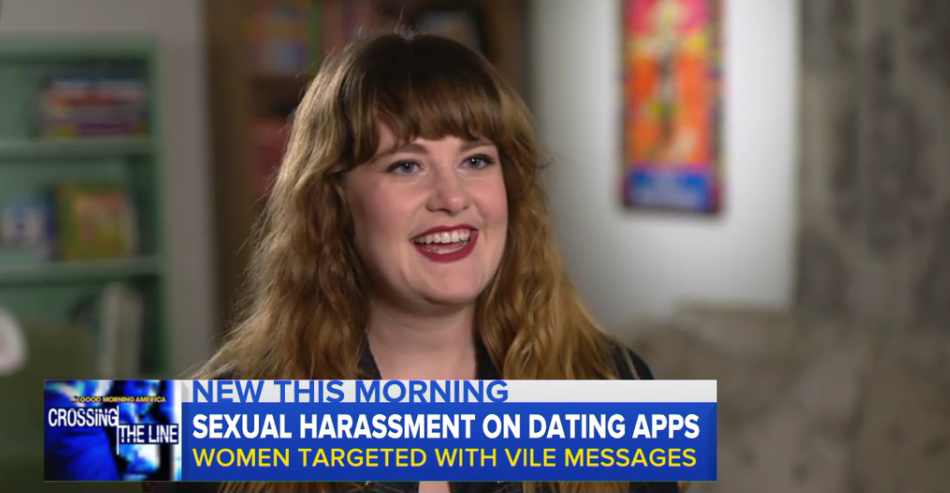 As part of its new series “Crossing The Line”, Good Morning America looked at sexual harassment on dating apps, revealing how one woman is aiming to put an end to the crude messages she and others often receive online.

Looking at some concerning stats from Consumer Research, which say 57% of women and 21% of men have experienced sexual harassment from online dating, Good Morning America touched on the subject in a three minute segment earlier this week.

And as part of the segment, Good Morning America spoke with 29-year-old Alexandra Tweeten, who has set up an Instagram account called  “byefelipe“, to share some of the crude messages people receive online and shame those who send them.

Tweeten explains why she set up the account: “Not every man harasses women, but every woman you know has been harassed at some point.”

And Good Morning America said Tweeten has also set up a change.org campaign, in the hopes of stopping social media sites from allowing this kind of content to be sent on their platforms.

You can see the full Good Morning America report here.