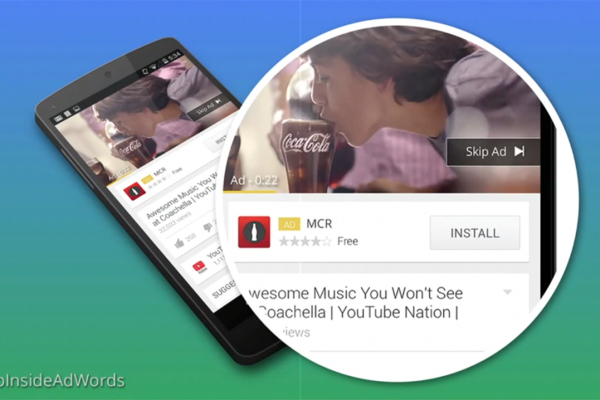 Google today announced an update to their AdWords platform, which will allow targeted app-install ads in mobile search results, and on YouTube videos.

The changes will not only enable advertisers to use existing Google customer data for targeted app installs, but also offer ads to drive re-engagement to already downloaded apps.

Jerry Dischler, Google’s Vice President of Product Management, said in a blog post on Inside AdWords:

“For businesses looking to promote app installs on the AdMob network, we’ll enable you to reach people who are your most likely customers, based on the apps they use, the frequency of use and the types of in-app purchases they make.

“For example, if you exercise regularly and use an app to measure how far you run, you might see an ad for an app that helps you measure the foods you eat and calories consumed.  On YouTube, we’re enabling app installs as an enhancement to the current TrueView offering.”

Google notes that over 80% of apps downloaded are only used once, then deleted, and they have started a re-engagement campaign using “deep linking” technology.

They used the example of someone who has the HotelTonight app, searching for “hotels in San Francisco” – ads will now appear that take the user directly to the app’s San Francisco listing page.

Dischler also announced increased campaign measurement techniques, which let you “measure conversions across the entire lifecycle of the app – from install to re-engagement to in-app purchases.”

The updates will become available over the next few months, and will initially be for smartphones running Android.

Google’s changes were announced in a live streamed AdWords Performance Forum, which you can view below, or read Dischler’s blog post here.