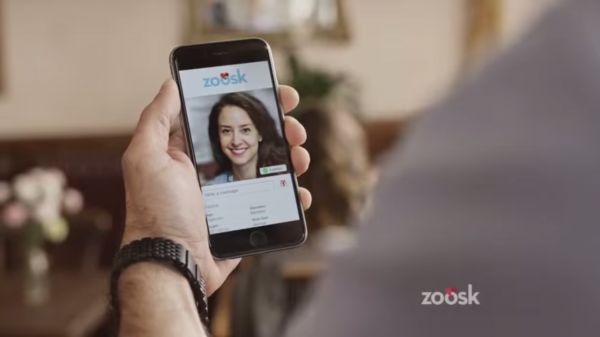 Zoosk is putting its photo verification feature at the forefront of the company’s latest advert.

The new ad is part of the First Comes Like campaign, which launched in November 2014.

The ad shows a man walking into a coffee shop, looking at his date’s profile on his mobile, unsure of what she’ll look like.

The voiceover says: “First comes liking them in person as much as you like them online. Zoosk’s photo verification helps make sure who you like is who you’ll meet.”

Another, longer, advertisement has been released by Zoosk – further building on the First Comes Like tagline. Watch it below:

The photo verification technology was added to Zoosk in August 2014.

It allows users to confirm the authenticity of their profile pictures, by recording a short video selfie that captures their features from different angles.

They then upload the video — which remains private — and Zoosk’s moderators assess whether it is an accurate representation of their profile picture.

If it is, they will get a Photo Verified badge added to their profile, like the one on the advert.

The ad campaign was created by San Francisco-based agency MUH-TAY-ZIK | HOF-FER, who have previously worked with Google, Netflix and The Golden State Warriors.

Check the ad out below, which will start airing in July.