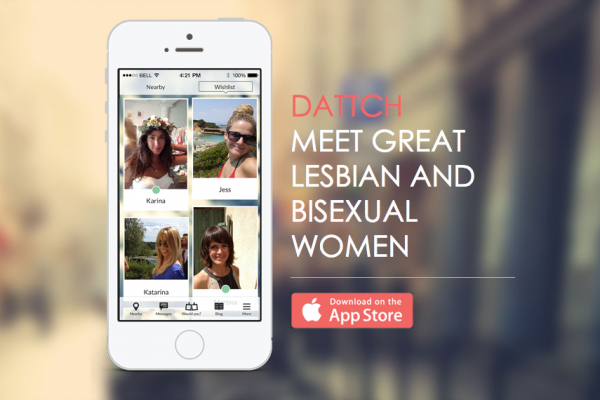 The London-based lesbian and bisexual app Dattch is expanding to the US.

The app, which was created in 2012, launches today in San Francisco.

Dattch is an app exclusively for women, whether lesbian, bisexual or bi-curious.

It is one in a recent group of dating apps building profiles using Instagram-style interest-based photos, alongside profile pictures.

Explaining this focus, CEO and co-founder Robyn Exton told the Telegraph: “It’s much easier to upload a picture than write about yourself – we think you can get a better sense of looking at someone’s Instagram feed than reading about them. You can digest it in a matter of seconds.”

They also plan to partner with Instagram and Pinterest in the future, perhaps so users can link to their accounts, in order to give a more rounded picture of themselves.

To join the app, users must either verify themselves by replying to a private message on Facebook, or to confirm their identity over the phone.

The team also check email addresses to see if they have been used to sign up for other social media accounts, to be as clear as possible that the user is genuine.

Exton says the reason for this is that they get around 5 men every day trying to join the app to meet lesbian women.

They recently introduced a new feature, Would You Rather?, where a player chooses between either a random photo of another user, or something like an activity, object, or food.

If both users choose each other, rather than the object, they can message.

San Francisco is the first US city they have launched in, and the team plan to tailor it to an American audience and respond to demand for the app from other cities, before expanding further.