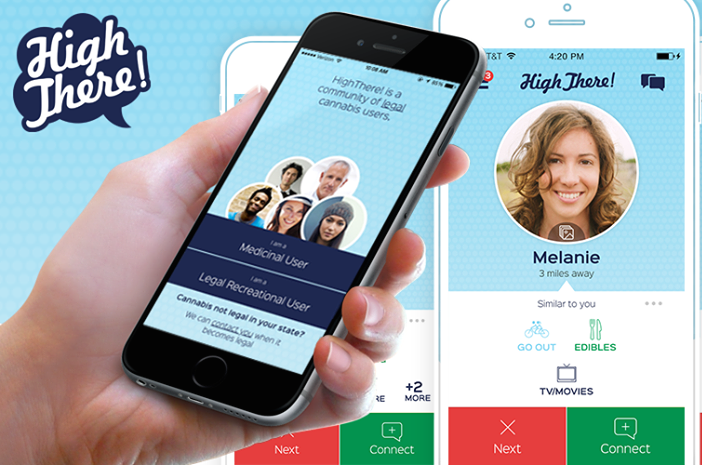 High There! is a new dating app whose target demographic is weed smokers.

The Denver-based app was created by Todd Mitchem, who said he was tired of being rejected on regular dating sites when a potential date found out about his weed consumption.

So Mitchem created an app that lets you browse singles based on their location, personal preferences and how much cannabis they smoke.

You can also detail what your energy levels are like when you get high, the activities you enjoy most (like food, gaming, culture), whether you like going out or staying in, and if you prefer to vape or smoke.

Speaking to Mashable, the High There CEO said:

“We wanted to build a cool piece of technology that solved the problem of where do million and millions of cannabis consumers go to meet people, connect with people and build relationships.

“A lot of people say we’re the Tinder of weed, but that’s only one facet of the whole thing. It’s so much bigger.”

Their App Store listing says the app cannot be used “to conduct any form of illegal activity” and the app is only available in places where cannabis is legal.

The app is currently live in the 23 US states where it is legal to smoke weed for medical purposes, and has just launched in Canada.

The app is available on Android and iOS.