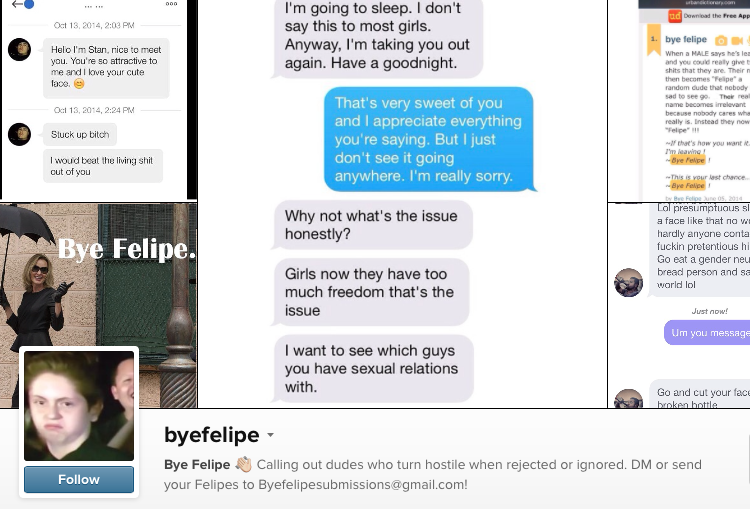 A woman from Los Angeles called Alexandra Tweten is behind the idea for this account, who wanted a place for woman to share the misogynist abuse they receive.

Tweten told the Huffington Post that she realised hostile messages were a trend that women see online.

One of the most common scenarios is when men are rejected, or even simply ignored, and suddenly switch to send insulting messages.

“It really shows the entitlement these guys feel, and I think it shows our cultural misogyny problem.”

Tweten wants women to know they are not alone in being sent these types of message and that she “also wanted to show men what it’s like existing as a woman online, because I don’t think they realize or know what it’s like”.

You can see some examples below and you can see the Instagram here.