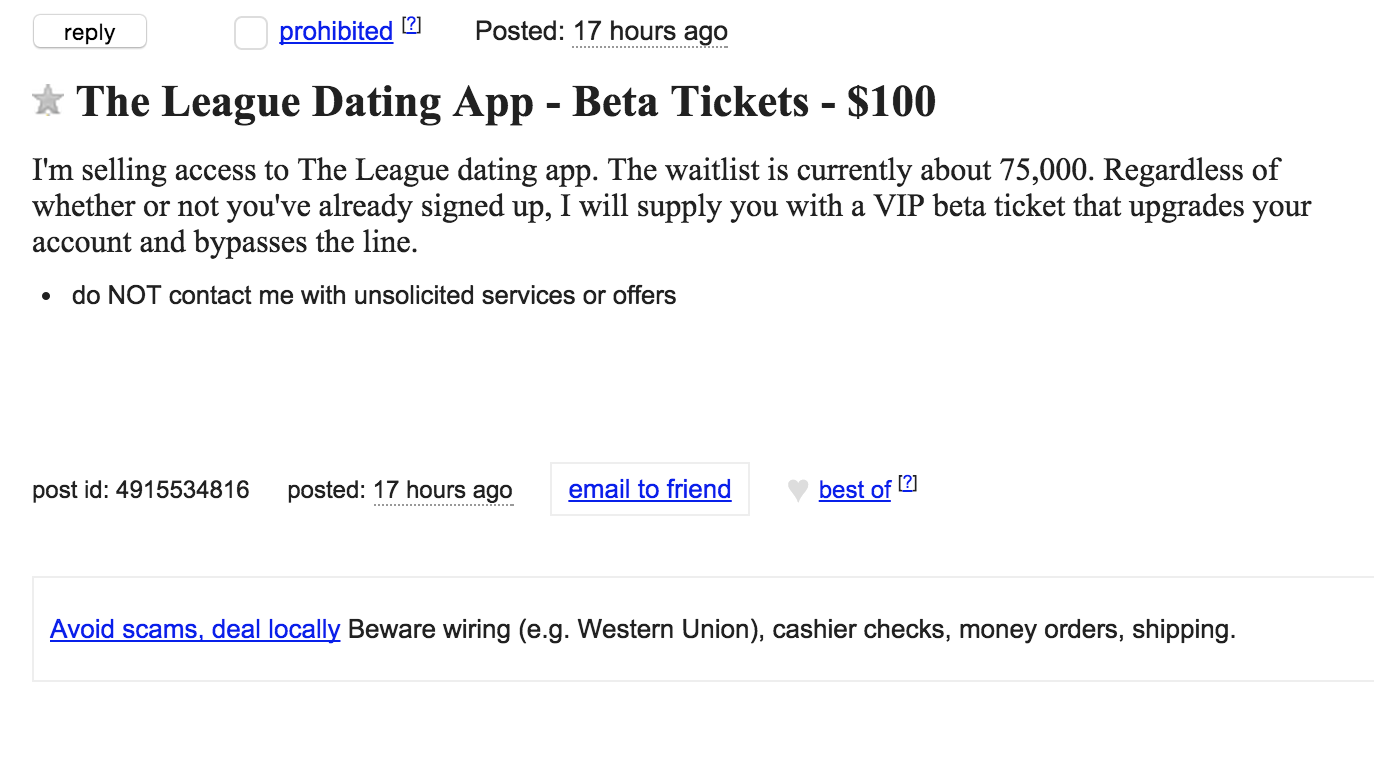 The advert offered access to the San Francisco-based dating app, which currently has a waiting list of over 80,000 people.

The League requires both a LinkedIn and Facebook account, and does not automatically admit singles – instead using an internal screening algorithm that decides whether someone is allowed entry.

And an advert on San Francisco Craigslist, and noticed by Business Insider, was offering VIP access to the exclusive app, saying:

“I’m selling access to The League dating app. The waitlist is currently about 75,000. Regardless of whether or not you’ve already signed up, I will supply you with a VIP beta ticket that upgrades your account and bypasses the line.”

The League CEO and founder Amanda Bradford said they have since pulled the ad, and thought it was most likely an early user with some invites left.

The League launched in San Francisco last November, and in addition to growing a substantial waiting list across the US and other international cities, recently raised $2.1m in funding.

The money was raised in January, and came from investors including IDG Ventures, Structure.vc and Sherpa Ventures.

When we spoke to Bradford last year, she said the press had misconstrued the exclusive nature of the app:

“The press very much sensationalized the fact that we were keeping the group curated and had a screening algorithm — which is to be expected. I think they misconstrued the ‘Ivy league’ angle — we have plenty of users that are not from top schools but are phenomenal in other ways.”

They plan on launching in New York as their next city.