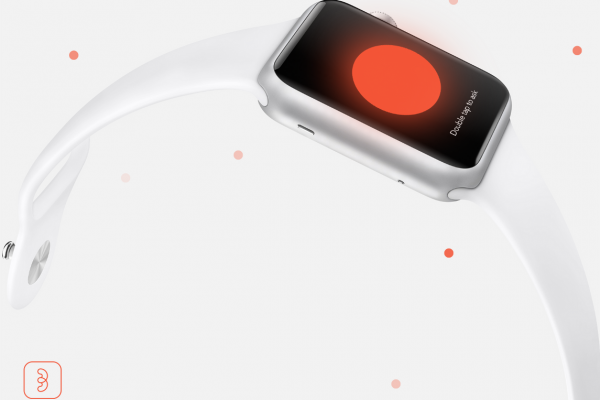 Called Close Encounter, it would do away with pictures, working as more of a “blind date” app.

Your watch would then vibrate when someone is nearby, and if you are interested, you can share your location and meet up – using the watch’s inbuilt map functionality.

“No chat, no bullshit. Just share your location and follow the line until you reach your match. 3nder will be able to determine people around you in meters, so it will work indoors as well,” said the company.

They also imagine introducing an emergency feature, which would alert the authorities of your whereabouts with three taps on the screen.

The company behind the plans, 3nder, is an app that wants to make threesomes easy for couples and singles.

The app, which attracted a lot of press, was somewhat surprisingly allowed into the App Store – albeit in a slightly watered-down form, with threesomes becoming “trios”.

Considering that Apple’s developer tool, WatchKit, has not been released, Close Encounters is more a piece of marketing and PR than anything else – but it does give an idea of how the Apple Watch could be used for dating purposes.

Last week we wrote a piece on how dating companies could use Apple’s new product, and some of its more intimate features, to build exciting new wearable dating apps.