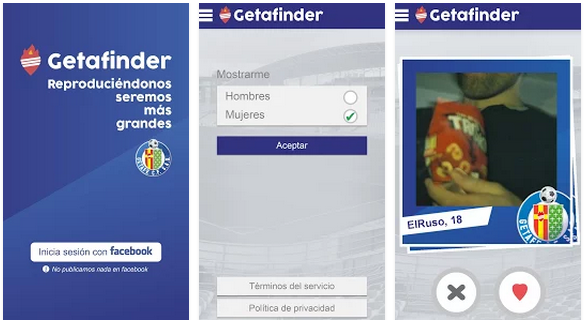 To combat falling attendance, a Spanish football team has launched a dating app to help its fans meet, match and hopefully create a new generation of fans.

The La Liga club says it has installed positioning software onto the app, so it can only be used by supporters of the football club in the vicinity of the stadium.

In a statement, Getafe said: “Getafe is historically one of the football clubs with the fewest fans and the most empty stands in the first division.

“With this app you can seek out the Getafe fan you like best in complete anonymity. And if someone you like likes you too, make a match and procreate!”

The team is currently 14th in the Spanish top division, and its Alfonso Perez stadium holds a capacity of 17,000 fans.

However, the club’s average matchday attendance is just 9,000, and the app is part of a campaign to try and increase the number of registered members to over 10,000.

Watch the funny video below, and check out the app – which is real – on the Google Play store here.