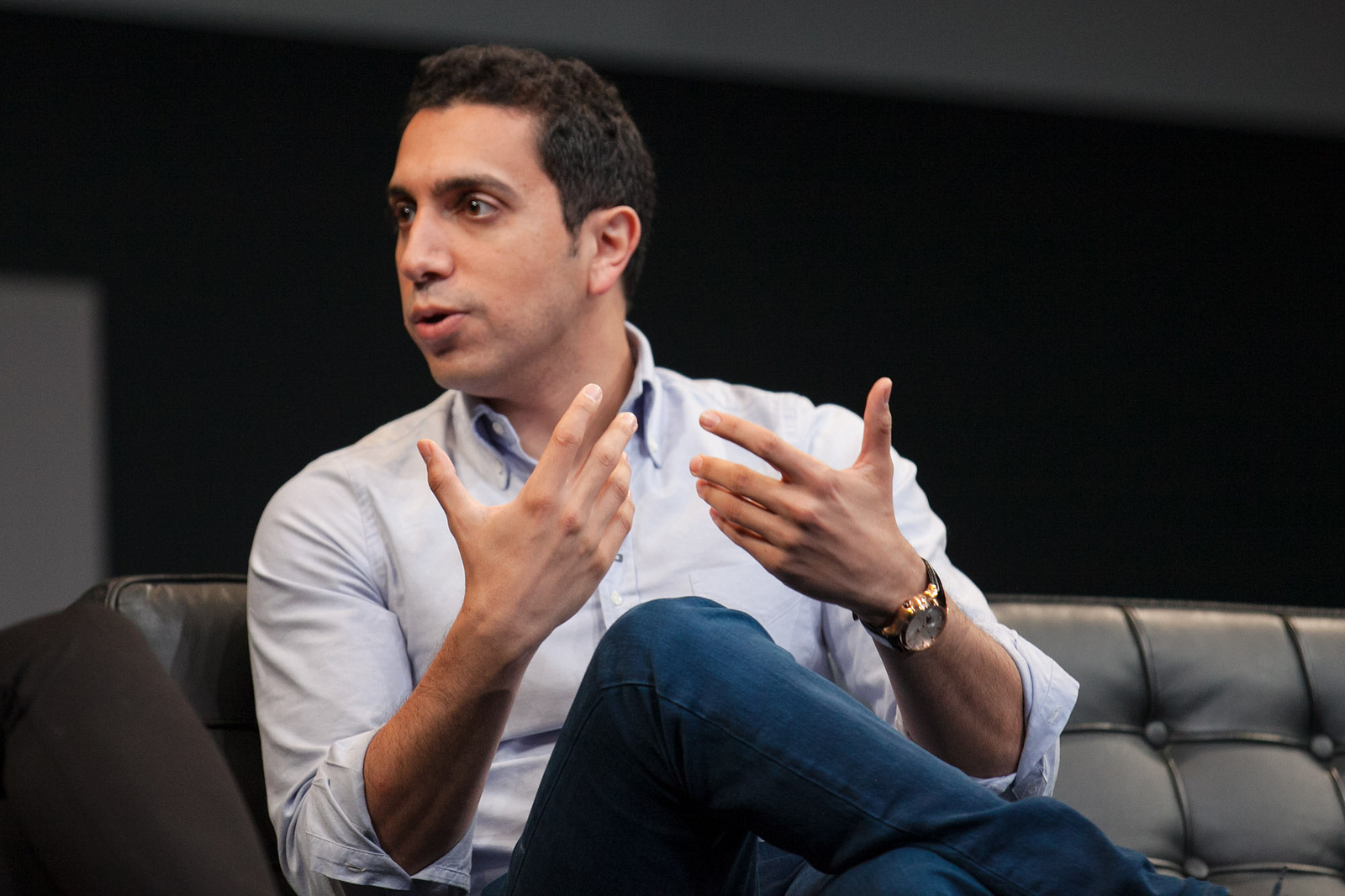 For an hour and 20 mins, Rad fielded questions about the world-conquering dating app, including the idea behind Tinder and its famous swiping function, the price of Tinder Plus and his personal motivations.

Rad follows in the footsteps of Match Group CEO Sam Yagan and HowAboutWe founders Aaron Schildkrout and Brian Schechter by taking part in a Reddit AMA.

Below we’ve broken down all his interesting answers from the AMA, to save you having to dig through the entire page. Q: What prompted your co-founders to even think of an idea like this, and are you happy that it’s what you’re now famous for?

We started Tinder years ago because we had this obsession with breaking down the barriers in meeting people around you. We noticed that people grew closer to their small groups of friends but grew farther apart from the rest of the world in the process. We knew that if we could simply take the fear out of meeting someone, that we could bring the people closer together. And we’ve done just that (although internally we feel like we’ve only accomplished 1% of what we set out to do)… Tinder is a dominant platform in over 140 countries where we have created over 6 billion matches (26 million new ones every day). That’s 6 billion potential connections that would likely never have existed before Tinder; each one having the potential to change someone’s life forever.

The price of Tinder Plus

Q: Given the limited number of new features available in Tinder Plus, the current price points seem steep for the value offered. What is the current plan to increase the value proposition? Can you comment on whether or not there are plans to add additional features to Tinder Plus and/or if there’s the possibility of a price reduction in the future?

Months of testing and thought went into the feature and price mix for Tinder Plus. We tested a broad range of prices and found that users that saw value in Tinder Plus were more than willing to pay at the existing price points. Rewind and Passport were the two most requested features, but of course we’re going to introduce more features to Tinder Plus, we’re just getting started.

Q: The bio portion of Tinder profiles is restricted to 500 characters. What is the reasoning behind setting such tight restrictions? What is the value that you see in profile brevity?

After you match, Tinder requires you to be social and get to know your matches through conversation. It’s like real life… You don’t walk into a bar with a resume. EDIT: I mean, unless you’re applying to be a bartender 😉

A picture is worth a thousand words… And we give you 6.

The birth of the famous swiping feature

Co-founder Jonathan Badeen: The first version of Tinder didn’t actually have the swipe in the app. I snuck it in a few weeks later and told everybody after it was released that they could swipe. The swipe was born out a desire to mimic real life interactions with a card stack. When organizing cards you put them into piles. Swiping right fittingly throws the card in the direction of the matches. We’ve strived for simplicity by keeping buttons but we’re always looking for fun shortcuts in terms of interaction. The swipe just made sense in this case and seems stupid simple in retrospect.

The original name was going to be Matchbox. So happy we decided on Tinder.

It depends on their approach. I wage war on anything that misleads or upsets our users.

Whether Tinder creates feelings of rejection

When you like someone on Tinder, they won’t know that you liked them until they like you back, which removes potential feelings of rejection. We call this the “double opt-in”. Even if you don’t match with another user, there’s no certainty that they saw your profile.

One of our product managers matched with his long time girlfriend on Tinder while she was passing through JFK airport in NYC where he lived. Two months later they met up in SF, two weeks after that he moved to join her in LA. One month later he started working at Tinder. This was a destined match (at least for Tinder, inc. haha). We should probably start recruiting through Tinder 🙂

Many users already specify their different intentions for using Tinder on their profile – eg. I’m visiting Paris and want recommendations on places to visit. Internally, we call this “hacking Tinder.” At the core we’re making it really easy to connect with new people by breaking down the hesitation in walking up to someone and saying ‘hi’. Tinder’s solution can be applied in so many ways.

Knowing that we are transforming millions of lives is all the motivation I need. I’ve been invited to more Tinder weddings than I could attend in a lifetime 🙂

Q: I hear that Tinder has a tradition of having new employees tell a funny story about themselves. Can you tell us one of yours?

Celebrating after winning a Crunchie for the “Best New Startup of 2014”, we were on fire, literally. I said “Jon, you’re on fire!”. He said, “Yeah! Pretty excited we won a crunchy”. I told him, “No Jon! You’re literally on fire”. He quickly threw his jacket on the ground and we stomped the fire out. Remember what I said before about Jon hitting the peak of his achievements? ; )

Q: What do you believe are the hardest challenges that come with getting into a relationship with someone you’ve met using a dating app?

I think the distinction between “offline” or “online” is blurring. It doesn’t matter where you met the person, the challenges in forming a meaningful connection stay the same.

Coolness of his name

In 3rd grade we had a substitute teacher walk in and roll call. When I gave her my name, she thought I was being a smart ass (it didn’t help that the class was laughing at her reaction). So… she sent me to the principal’s office. Imagine the fun in walking up to the principal and saying “I got sent to the office because of my name.” It was pretty rad 😉

And here are a few questions Rad didn’t answer:

Q: The last time I checked Tinder is worth more than $5B. What kind of equity deal did you work out with your parent corporation, and when in Tinder’s life did you work that out?

Q: How did you psychologically stay at Tinder when IAC owned most of the company? You could probably have started the company outside their walls, so it must have been hard to not wish you had done it as a separate startup.

Q: If you don’t mind me asking, how much of a profit have you made from your application? Did these revenues come from ads? If not how does it work?

Q: What do you think of Tinder spin-offs like Cuddlr and Grindr?

Q: What was the hardest part of getting Tinder to take off, and how did you approach it?

Q: And, if it was not “getting users”, how did you recruit users in the beginning?

Q: Have you considered any approaches to user authentication that don’t involve a Facebook login? While verifying a person’s identity is absolutely valued in online dating, your complicity with Facebook seems problematic.

Q: What influence do you think Tinder has on the future of online dating, and, more generally, the future of relationship formation among millennials?

Q: Sean, In a city like NYC there is basically an unlimited and constantly replenishing pool of people.

I’ve noticed a cultural trend of increased flakiness and indecisiveness that actually bleeds into all aspects of dating, caused by the very real “Paradox of choice” that comes from the feeling of easily being able to meet someone better in just one swipe.

What are your thoughts on this?