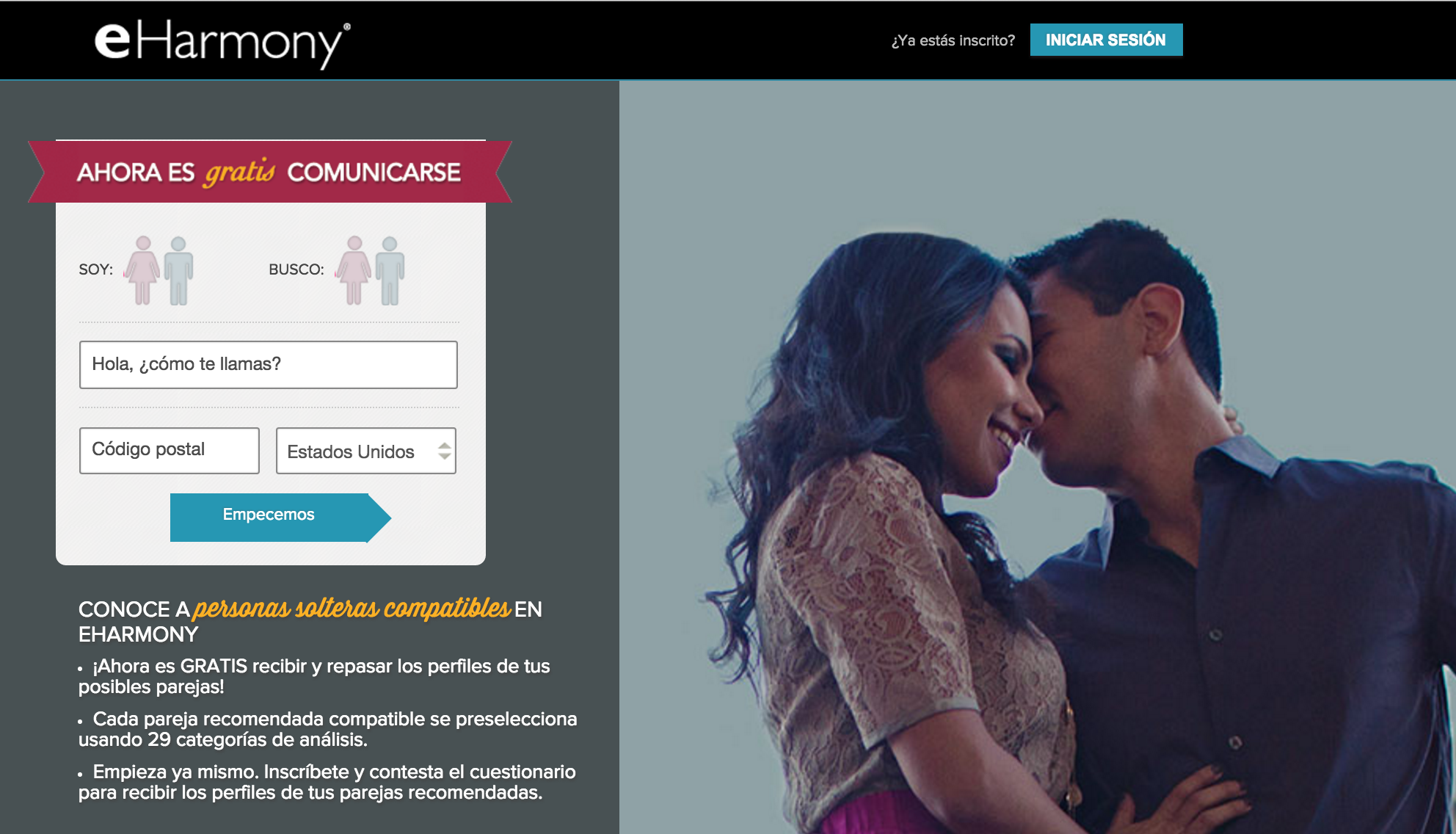 Popular dating site eHarmony has announced that its next big international push will be into Spanish-speaking markets.

The company has just announced the launch of its new site for Spanish-speaking singles, eHarmony.com/espanol.

Using its localised and fully-translated interface, the new site aims to broaden eHarmony’s international presence as well as establishing a demographic of online daters across Latin America.

According to independent market research, Latin America’s online dating market is growing at a rate of 20% year on year.

It’s an interesting move by eHarmony that allows the company to both expand into new territories, but also offer a Spanish language service for users in existing markets like the US.

In fact, eHarmony said that the new site will cater to the 37% of its bilingual users who speak Spanish.

Speaking about the reasons for launching the new site, eHarmony founder Dr. Neil Clark Warren said: “In the last few years, we have seen online dating come into its own and today we are seeing growth in every user demographic.

“That trend continues around the world as online dating is recognised as a way to meet someone special.

“Our purpose has always been to help our users find lasting, meaningful relationships and the launch of this site represents another way to reach those who are hoping to be found by that perfect partner and confidant.

“We are so pleased to introduce our new site for Spanish speaking eHarmony users.”

The company has also said that new features will made available to users over the next few months, including full mobile access and “localised experiences for Spanish-speakers around the world.”

And in December, existing eHarmony members can opt to complete a mini-questionnaire in Spanish, in order to be better matched with those who create Spanish profiles.

And to celebrate the launch of its latest site, eHarmony is offering new users three months free when using the promotional code “AMIGOS2015”.

eHarmony.com/espanol is currently available across the US, and will be launched in other countries including Mexico and Spain next year.

In February, eHarmony said it was launching a globalisation strategy, aiming to launch in a new country every quarter, beginning with Singapore.