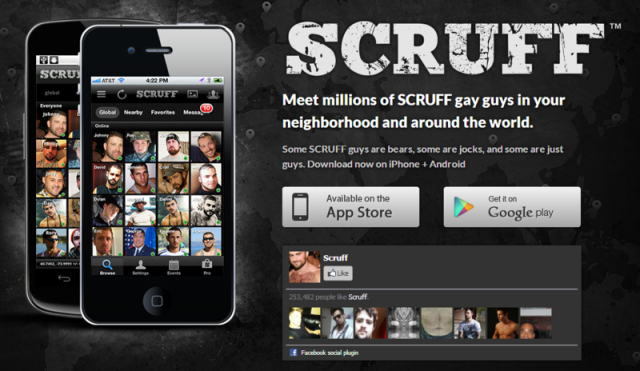 Popular gay dating app and social network Scruff has launched a new feature to help its users meet people as they travel around the world.

Its new travel feature Scruff Venture helps people connect with other users before heading on trips to various cities, ranging from New York, Sydney and Taipei.

Once a user clicks on the app’s Venture tab, they can access a searchable list of 24 cities, whilst browsing the member activity in each of the destinations.

Information about who is currently online in a city, who is visiting soon and upcoming events is made available to Scruff’s eight million users through the new feature.

A selection of Scruff users from Venture’s listed cities have volunteered to act as Ambassadors for their city, helping out visitors by offering tips and advice about the place they are from.

In addition to these services, Venture lets users browse for accommodation in a number of popular cities, by displaying any Airbnb and VRBO rooms currently being advertised by Scruff members. The company believes that Scruff Venture will act as a way for the platform to broaden its uses and appeal to a wider demographic of gay men.

The new feature will be made available in the app’s latest iOS update Scruff 5, which can be downloaded from the App Store.

It recently added a new filtering option and profile section to let members list their use of anti-HIV drug Pre-exposure prophylaxis (PrEP).

Find out more about Scruff on its official website.