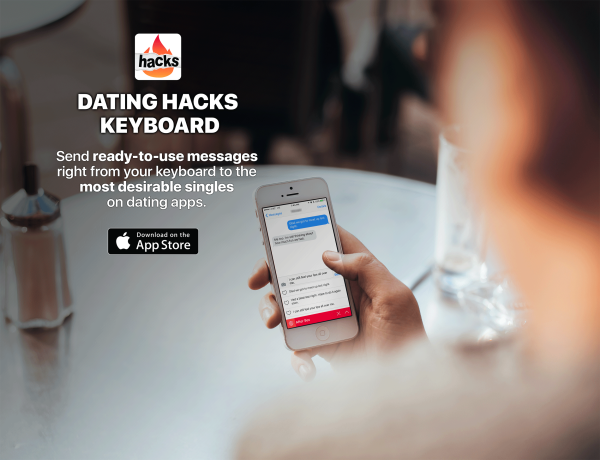 For many singles using dating apps, initiating and maintaining a conversation with someone they have connected with is often a daunting task.

However, one recently-launched app is looking to help the individuals who struggle to think of original and engaging responses, by offering them a range of pre-written messages.

Launched on 16th January, Dating Hacks Keyboard is a new application which allows users to send ready-to-use messages directly through all texting and dating apps.

It functions as a separate keyboard, working on dating apps which use the standard keyboard input, such as Tinder, OkCupid and Grindr, as well as their device’s own messaging service.

Once the app is downloaded, users can select from over 500 messages which have been separated into more than 30 different categories.

These categories include Openers, Get Phone Number, Romantic and Flirty, and can be used dependant on the type of conversation the user is having. The app also offers messages that can be used to end conversations, which can be found in categories like “Not Interested”.

Users can also save their most-used messages in their own “favourites” list, located at the bottom of their device.

According to the company, Dating Hacks is designed for both men and women aged between 18 to 35, given that most of the messages in the app are gender neutral.

On its App Store listing, it says: “Dating Hacks Keyboard contains ready-to-use messages that can be sent directly from your keyboard to the most desirable single women and men on dating apps.

“Send messages to start and maintain engaging conversations, get the phone number, and setup dates. Never send the wrong message that ruins your chance of getting a date ever again!”

Dating Hacks is available for purchase on the iOS App Store, for a one-off fee of £1.49.

Check out the app here.