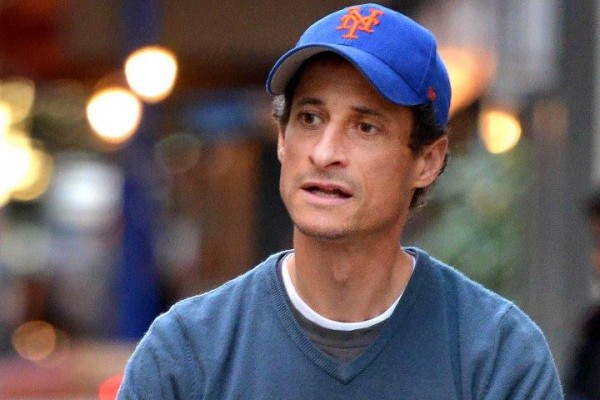 The serial-sexting former New York candidate for mayor, Anthony Weiner, has been caught favouriting a tweet about Tinder being “the ultimate sext machine”.

The first was in 2011, dubbed Weinergate, when he was found to have sent a women a picture of his genitals over Twitter.

His eventual confession, along with other scandals that emerged, led him to resign as congressman.

In 2013, he ran for mayor of New York and further pictures emerged, along with the fact that he contacted a woman using the name Carlos Danger.

He didn’t let this deter him from his campaign, saying:

“I said that other texts and photos were likely to come out, and today they have.”

He stayed in the race despite his approval rating dropping, and got 4.9% of the vote, coming in 5th in the Democratic Primary.

Weiner favourited the tweet, which was noticed by Buzzfeed, who took a screen grab of it.

“There were a bunch of favourites there that I didn’t either didn’t recognize or mean to favourite. I’m not clear on how they got marked in the first place but I assume hit the little star thing accidentally as I scrolled through stuff.”

Just after this, he cleared all of his 27 favourites, but not before The Village Voice noticed that some of his deleted favourites were racy Instagram photos of a women from California.

He then joked about it, tweeting:

The Vox story was about Tinder’s new Moments feature, which lets users send emphemeral messages to all of their existing matches.