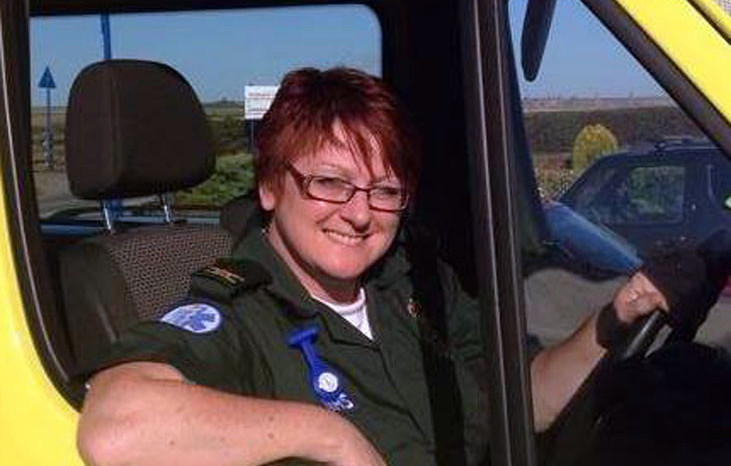 Ambulance driver and mother of six Deborah Fogarty-Walker faces losing the “job that she loves” after drink-driving to get away from her online date.

Fogarty-Walker was on a date on 14th October with a man she met online and after he became aggressive, she got behind the wheel to get away.

She later crashed into the back of a lorry and was found to be two and a half times over the drink-drive limit, a court heard.

Solicitor Theresa Clark told the court: “She knows all about the consequences of drink-driving having been to the scene of many an accident where drinking has been involved.

“What happened on the night in question, she was travelling to Doncaster, and she has fallen foul of the pitfalls of internet dating.

“She’d had two drinks, one of which was a glass of wine and the other was a vodka cocktail which had been mixed for her.

“The man she was with became aggressive and she began to fear for her own safety. She decided that she would just try to get as far away as quickly as she could.”

While driving, Fogarty-Walker is said to have crashed her Peugeot into the back of a lorry on the M26 on Ouse Bridge, near Goole.

The lorry driver is said to have felt a jolt at the back of his vehicle, and after pulling over and getting out, he found a somewhat unsteady Fogarty-Walker had crashed into the lorry, although both were unhurt.

Fogarty-Walker is also said to have been struggling with alcohol abuse, using the substance as a “coping strategy” when not at work.

Clark said: “She feels she’s let herself down. The impact of what she has done has hit her extremely hard.

“The consequences of the inevitable disqualification are devastating for her. She has sought help for her problems.”

Fogarty-Walker pleaded guilty to the offence of driving under the influence and has been sentenced to 17 months of no driving and 125 hours unpaid service.

The Yorkshire Ambulance Service NHS Trust is aware of Fogarty-Walker’s case and has said: “We can confirm that appropriate disciplinary action is underway.”