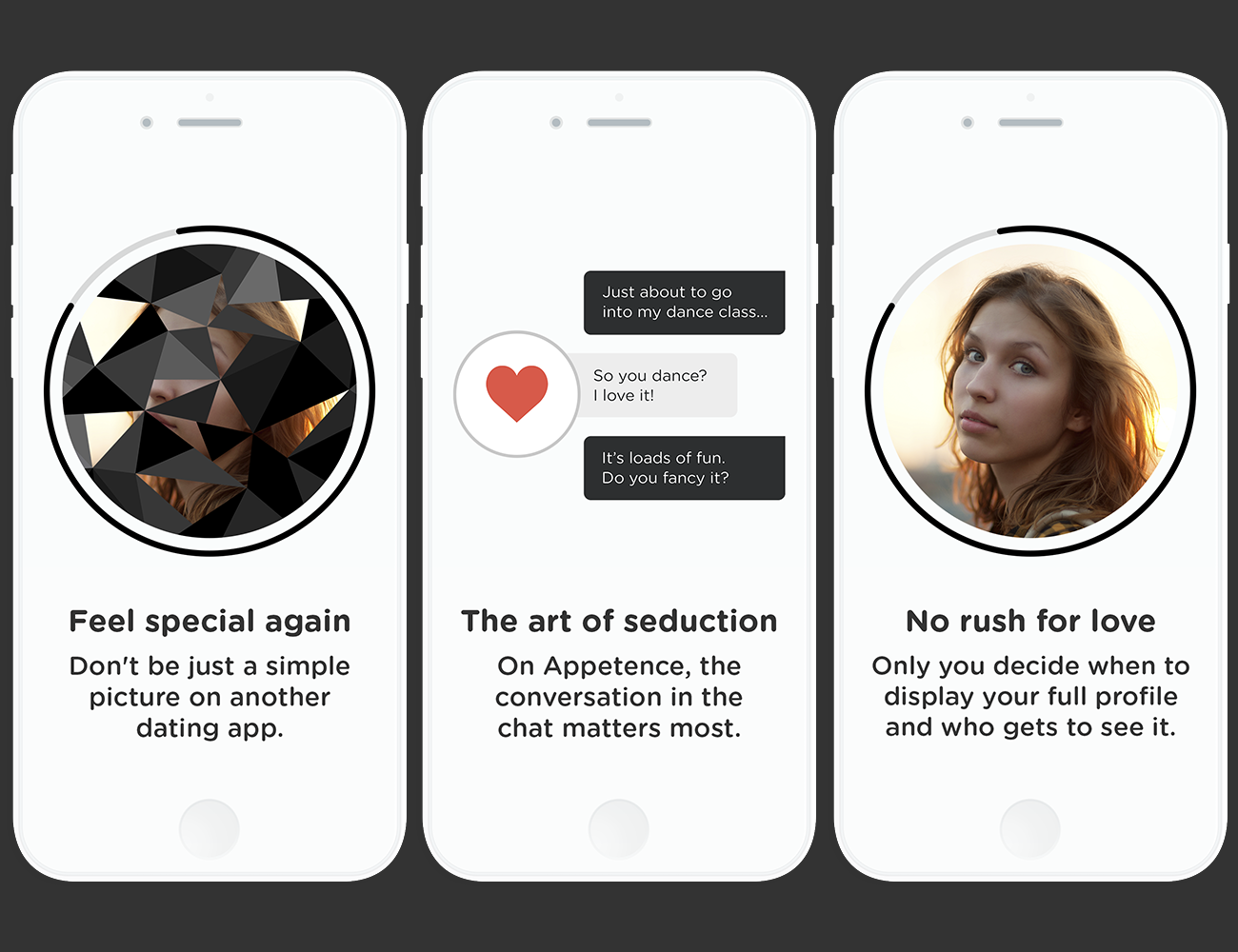 A new app wants to slow down the online dating process by encouraging singles to message and get to know one another, before they see each other’s profile pictures.

On signing up, singles are asked some basic information such as name and age, and are then encouraged to input their interests and preferences on things like music, food, TV programmes, movies, and pets.

The app, which launched in beta in December 2015, takes this information and uses it to find other singles with similar interests, likes and hobbies, and users can then swipe left (no) or right (yes) on these people.

The catch with Appetence is that singles are unable to see other people’s profile pictures, as all images are covered with a pattern, which can only be removed by likes.

Once two people start up a conversation, they will be able to like each other’s messages (a similar method to dating app Tinder) and their tastes.

Members can show more of their photo by liking the other person’s messages and content – users need to give 50 likes to show the other person their full profile picture and visa versa. “The conversations have become monotonous and similar, and having a ‘Match’ is no longer as exciting as the first few times.”

Appetence isn’t the only app to offer a slower alternative to other swipe-based dating apps by using covered-up profile pictures.

The app works by covering users’ profile pictures with a 16-piece puzzle, and people can only unlock their match’s picture if both parties are willing to talk on the app – the more mutual responses sent, the more pieces are revealed.

Appetence is currently available on iOS here and you can find out more about the app here.