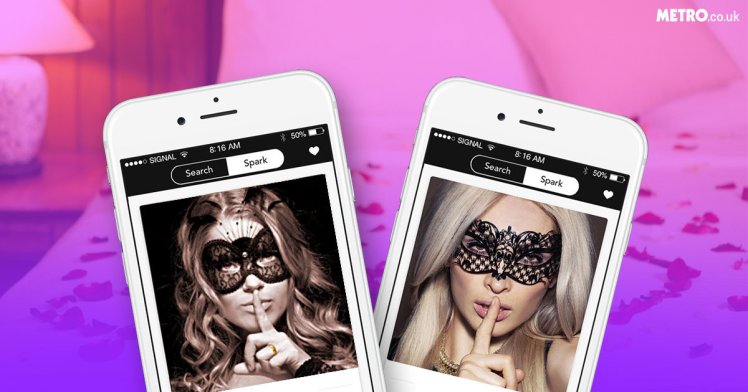 Infidelity website Ashley Madison has succeeded in persuading a hook-up app, CasualX, to stop attempting to replicate its trademarked imagery.

Ashley Madison asked the app to change its branding and slogan or face legal action – CasualX was using a very similar slogan to ‘Life is short. Have an affair.’: ‘Life is boring. Desire a fling?’

CasualX also used a photo of a masked woman holding her finger up to her mouth in their branding (see above), again very similar to Ashley Madison.

The companies are not in direct competition – Ashley Madison is a website which facilitates extramarital affairs, while CasualX aims to help its users find casual hook-ups.

CasualX’s Jeffery Zhang felt aggrieved by the accusations of infringement: “Our image and their trademark are quite different. Their trademark doesn’t have a mask [untrue of all Ashley Madison branding – see above], while our image has a mask. Also, the woman on their trademark picture wears a wedding ring, which indicates that their service is for married people. The woman on our trademark doesn’t wear a wedding ring. People can easily distinguish ‘Life is short, have an affair’ from ‘Life is boring, have a fling’.

He added: “We need to spend a lot of efforts and time to reshape the branding awareness because the image has been featured on some big media sites and has been seen by many people. Also, our app was once featured by Apple in their trending list.  If we change the image, we will have to create a new branding image for our potential customers.”

Once CasualX had made the required changes, a spokesperson for Ashley Madison stated: “As the premier married dating site, AshleyMadison.com is known around the world with trade and copy marks holding significant value. CasualX is using our trademarks and we have kindly asked that they refrain from doing so. As this company has agreed to make the necessary changes, we consider the matter closed.”