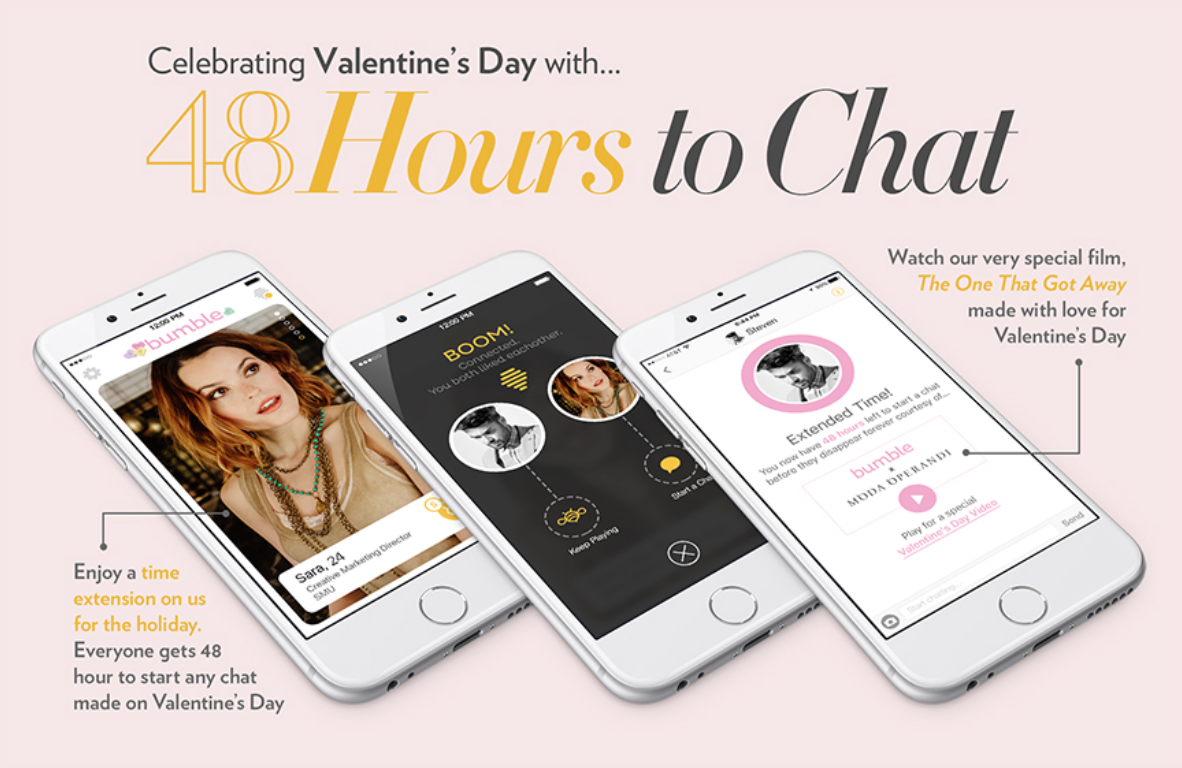 For Valentine’s Day yesterday, year old dating startup Bumble released a special one-day product change to help users find “the one that got away”.

For the 14th February only, Bumble decided to double its 24-hour time limit on conversations, to give users an extra chance to connect with potential love interests.

And to promote the feature, the Texas-based startup teamed up with Moda Operandi, an online retailer that offers “looks straight from the runway”, for a short video about modern love.

The film, called The One That Got Away, was directed by Bettina Santo Domingo and features models like Josie Canseco, Gala Gordon and Jazzy de Lisser depicting two LA singles ruing a lost love.

In a recent interview with The Telegraph, Bumble founder & CEO Whitney Wolfe – who was recently named in the GDI Power Book 2016 – said it would be one of many “off-app” experiences released by the company in the next six months.