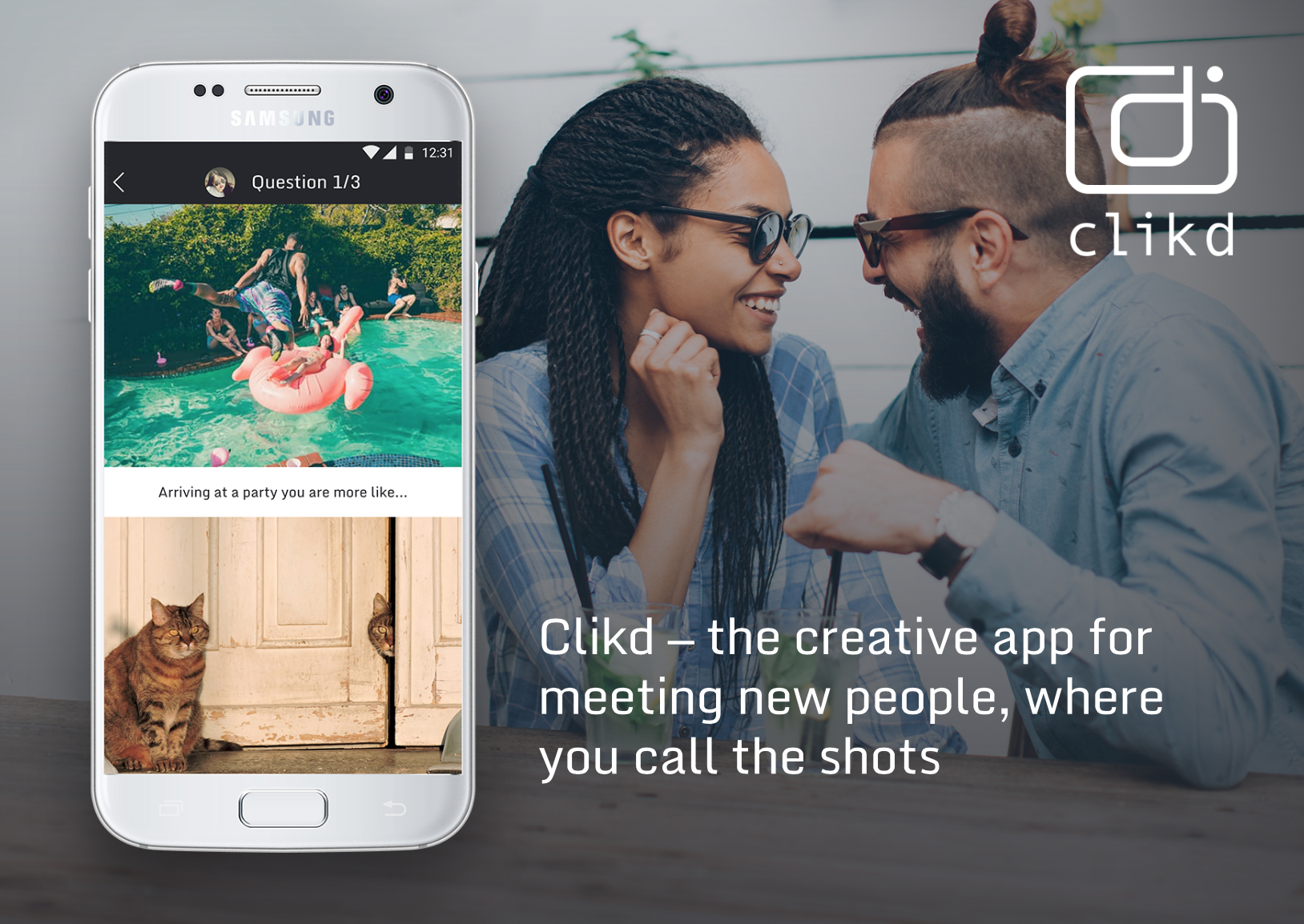 After the launch of Tinder in 2012, the online dating industry saw a huge shift – extensive questionnaires and personality-based matching was phased out in favour of swipe-based systems that gave the user full control.

In the past, the likes of eHarmony, Match.com and OkCupid all had a firm lead in the online dating space, and people trusted that their often time-consuming profile systems and compatibility questionnaires were the best methods for finding a suitable partner.

However, when Tinder arrived, singles were introduced to a new form of online dating, which eliminated the questionnaires all together and moved the focus onto appearance-based matching.

Now, it seems that dating companies are trying to find a middle ground between the two extremes.

It was recently announced that eHarmony had made its 149-question survey optional, and now lets new members create a basic profile by answering a few quick questions.

A number of dating startups have also opted to go down similar routes, such as DatePlay with its Buzzfeed-style personality quiz and Hater, which asks singles to indicate how they feel about a number of topics before they can see potential matches.

Clikd, one of the latest apps to hit the online dating market, is following the same trend, but doing something new – matching singles based on their answers to personalised quizzes.

The app lets singles build their own picture-based questionnaires, either by choosing from pre-prepared questions or uploading photos and creating their own, which prospective matches must answer correctly in order to match with them.

GDI recently sat down with Clikd founder Michael Blakeley to find out more about the London-based dating app and its new take on the online dating questionnaire. How does Clikd work?

Singles are then asked to choose three to five interests from the app’s extensive list of options, which includes topics like entertainment, food, the arts and humour.

The interests they pick here will be used to help match them later on.

Users can change their interests whenever they want, and if they do, the app will update their possible matches for the following day.

Once singles have chosen their interests, they are encouraged to create their very own personalised quiz.

Each quiz is compiled of three questions, made up of two images and a short sentence.

For example, someone might want to ask: “Are you a dog or a cat person?”, so this question will be presented between two images (in this case one of a dog and one of a cat), which potential matches will be asked to choose between when they take the quiz.

Members can choose questions from Clikd’s database by picking a topic – such as entertainment, humour or food – from the app’s list and scanning through the ready-made questions displayed under each category. Once they choose a question, singles have to indicate the answer they would like a match to pick.

For example, someone might ask: “What sums up your personality?” with an image of a rave and another of a garden.

If the person is quite outgoing but looking for someone who is a little more shy, they would choose the photograph of the garden, as that is the answer they would want their match to go for.

Alternatively, singles can create their own “bespoke” questions by uploading their own pictures and typing out questions.

They can choose to keep these for themselves, or share them on the app’s database for other singles to use. Asked about the benefits of giving singles the chance to create their own personalised questionnaires, Blakeley said: “Everyone is unique, and that is great thing to be celebrated, so having a dating app which is personal to you only makes sense to me.

“By putting this creative process into the app, it allows you to inject your own personality into the process and express yourselves.

“And if you don’t like our photos then you can take two of your own, and bring your own style and creativity into the app, bringing together the worlds of photo-sharing and dating, and we think that is something special.”

The birth of the company

After consulting with five of his friends, he decided to start working on building a dating app – quitting his job in law and teaming up with co-founder Rupert Coney to focus on helping singles find love.

Blakeley, 35, explained that he wanted his users to have more control online, and set about creating an app that distinguishes itself from both “superficial” image-focused Tinder-style apps, and more traditional questionnaire-based platforms.

The Newcastle native said: “I’m not saying that our system is better than OkCupid or eHarmony’s, but we approach it from a completely different angle.

“They rightfully pride themselves on providing insights into their matchmaking process and helping people in deciding who is right for them, and they have all manner of algorithms and clever ways to achieve this.

“On the other hand, we take the control and the power to filter and give it back to the user, and say: “There you go, here is the platform, so you decide.”

“This won’t be for everyone, but for those who know what they want, we let them set their own standards and send them people who make the grade.”

Every day, Clikd offers its users 15 date recommendations, based on the interests that each person listed on signing up.

Singles can set their age and distance preferences within the settings section of the app, and Clikd then prioritises matches based on these factors and how similar their interests are.

If a user likes the look of someone else on the app, they are directed to take that person’s quiz by clicking on the overlapping square icon found on the bottom right of a user’s profile picture.

Both users have to answer two out of three questions correctly on each other’s quiz in order to match together, and can “nudge” potential matches to remind them to take their quiz.

If they give less than two correct answers, they will be unmatched and lose the connection.

It is also worth noting that Clikd lets users change their personal quizzes once a month – Blakeley said that giving singles the chance to change their mind is important, as they might not be looking for the same thing from one month to another. Due to be introduced soon, Clikd’s subscription model will enable singles to switch-up their quiz more often, and get statistics on how well their tests are working, and whether their combination of questions is effective.

The app is also expected to reduce the number of quizzes users can take each day to just five, offering more flexibility to premium members.

Blakeley said: “The price will be £4.99 and will include increasing the limit of how many tests you can do, as well as the number of recommendations you are given, and the ability to obtain statistics on your own tests to see how your combination of questions is working.”

In August last year, Blakeley decided to work on Clikd full time and has since built up his London-based team to 12.

Having now launched a beta version of the app on both iOS and Android, Blakeley explained that he hopes to reach 100,000 users within the coming months, then refine the app from user feedback and secure further investment.

He said: “At the moment we are really looking to kick the tyres on this app over the next few weeks and possibly even months, to gain feedback, improve the product and then when we are satisfied that we are hitting the very high standards we have set ourselves, only then will we introduce the premium features.

“I am constrained in what I can say at the moment, but I will say this now to GDI, that this is only the very beginning of the journey for Clikd, there is a lot more excitement and creativity to come from us further down the road.”

Clikd is currently available on Android and iOS, and you can find out more about the company here.