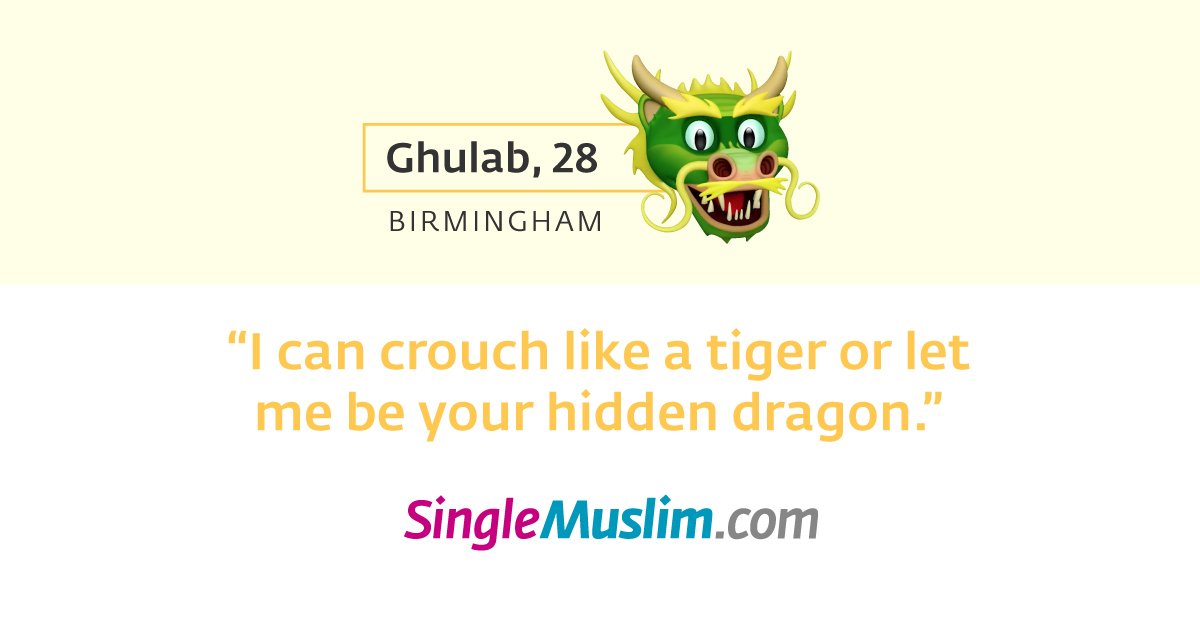 A new video has been released for Single Muslim’s #SingleMoji advertising campaign. The project was initially launched in September and was designed to highlight the wide variety of singles that are on the dating site.

The sixth emoji to be added to the group is a dragon called Ghulab from Birmingham. He says that as a minority he’s struggling to find love.

Some of the other videos in the series feature a monkey, a cat and a unicorn.

Single Muslim Founder and CEO Adeem Younis posted the video on Twitter and encouraged members that it might be worth dating someone from a different background.

He wrote: “Sometimes opposites attract so if someone doesn’t quite fit what you’re looking for look a bit further.”

Younis spoke about the campaign at the GDI London Dating Conference 2018 and also posted a follow-up guest post on the GDI website covering his time building the platform.

Although the video series is very light-hearted, this edition touches on the issue of sexual racism that is currently prominent in online dating, especially LGBTQ+ platforms.

Grindr, in particular, has come under pressure after a large number of users reported that they faced discrimination. The first episode of its Kindr initiative covered sexual racism, its many forms, and how Grindr is working to get rid of it.

GDI’s September Editorial gave an overview of sexual racism and the impact it is having on the online dating industry.