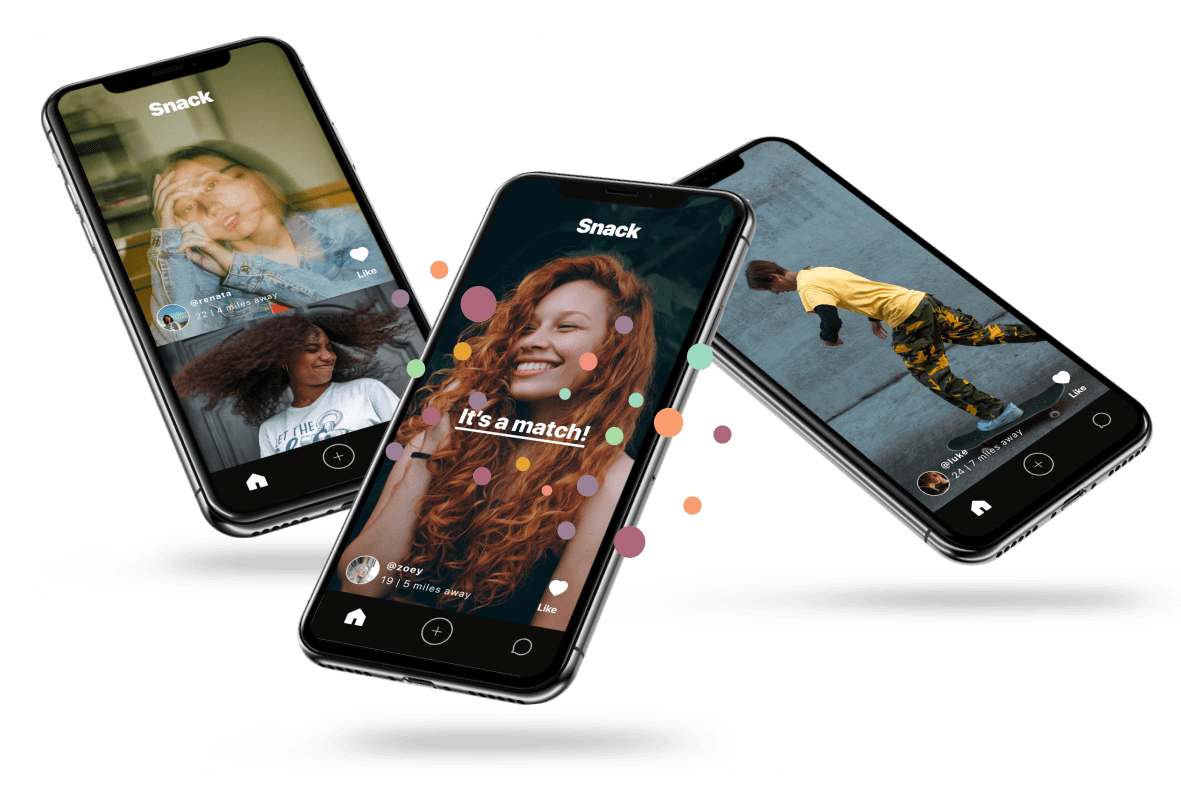 A new video dating app created by one of Plenty Of Fish’s early executives has closed a pre-seed funding round worth $3.5 million.

‘Snack’ advertises itself as a cross between TikTok and Tinder because users upload short video clips as the main focus of their profile. They also scroll vertically through potential matches, rather than swiping, which mirrors the navigation process on platforms like TikTok and Instagram.

The round was co-lead by Kindred Ventures and Coelius Capital, and included contributions from Golden Ventures, Garage Capital, Panache Ventures and N49P Ventures.

Founder Kimberly Kaplan spent a decade with Plenty Of Fish up until the end of 2018, and was a part of the executive board which oversaw the sale to Match Group three years earlier.

The new product was inspired by the transition to video which is evident across the wider social media industry. Kaplan wanted to produce a dating app that Gen Z would feel comfortable using, with the ability to like, comment and send messages without a traditional barrier to entry.

She explained in a statement: “Gen Z will use Tinder to match and then immediately migrate onto other social platforms where they can engage in each other’s content without the pressure of starting a conversation.

“Meanwhile, TikTok taught people how to create compelling short-form videos and normalized video-first profiles. But TikTok doesn’t work for dating: you can’t see whether people are single, where they are, or slide into their DMs. Snack was created to be the best of both worlds.”

While talking to TechCrunch, Kaplan said that getting this initial foothold in the online dating industry is incredibly important because the market is notoriously saturated.

A range of premium features are in the works and the experience gained from her history in the industry will likely influence the development process, especially in the early stages.