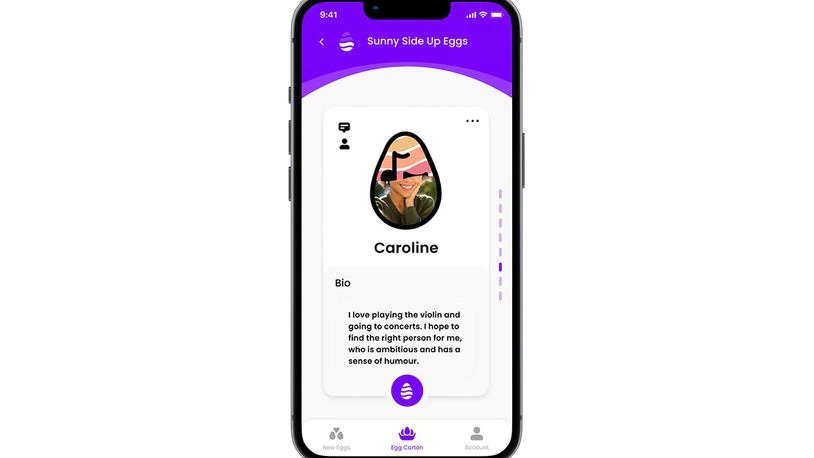 A new dating app, Hatched, is launching in Atlanta, USA this week. The platform is designed so that users must establish a foundation of similar interests with a potential match before getting to seeing their photos.

Founded by Sam Lukens and Mitchell Alterman, the dating app wants to move away from traditional dating apps where superficiality drives decision making. “Hatch is not oriented around looks, it’s focused on personality”, Alterman told the Marletta Daily Journal.

When setting up a Hatched profile, users select egg-themed avatars which represent interests, hobbies, and their personality. When users look at other users’, they see these avatars and prompts first.

If a user likes another user’s profile, they click a button and both parties receive a question about personality, attitude or core values. With every answer that matches each other, 25% of their profile photos are revealed.

Therefore, 4 similar answers must be found before a “hatch match” occurs, where users can access their match’s photos, bio, and begin chatting.

“We wanted to provide users with an alternative way to match with people that is predicated on personality”, Alterman shares.

“Inevitably, your appearance and pictures are prioritised. Users have really great traits but if they don’t take a good picture, they’re going to get swiped left on.”

The app launched on the Apple App Store and Google Play store on Monday, November 14th in Atlanta, USA.