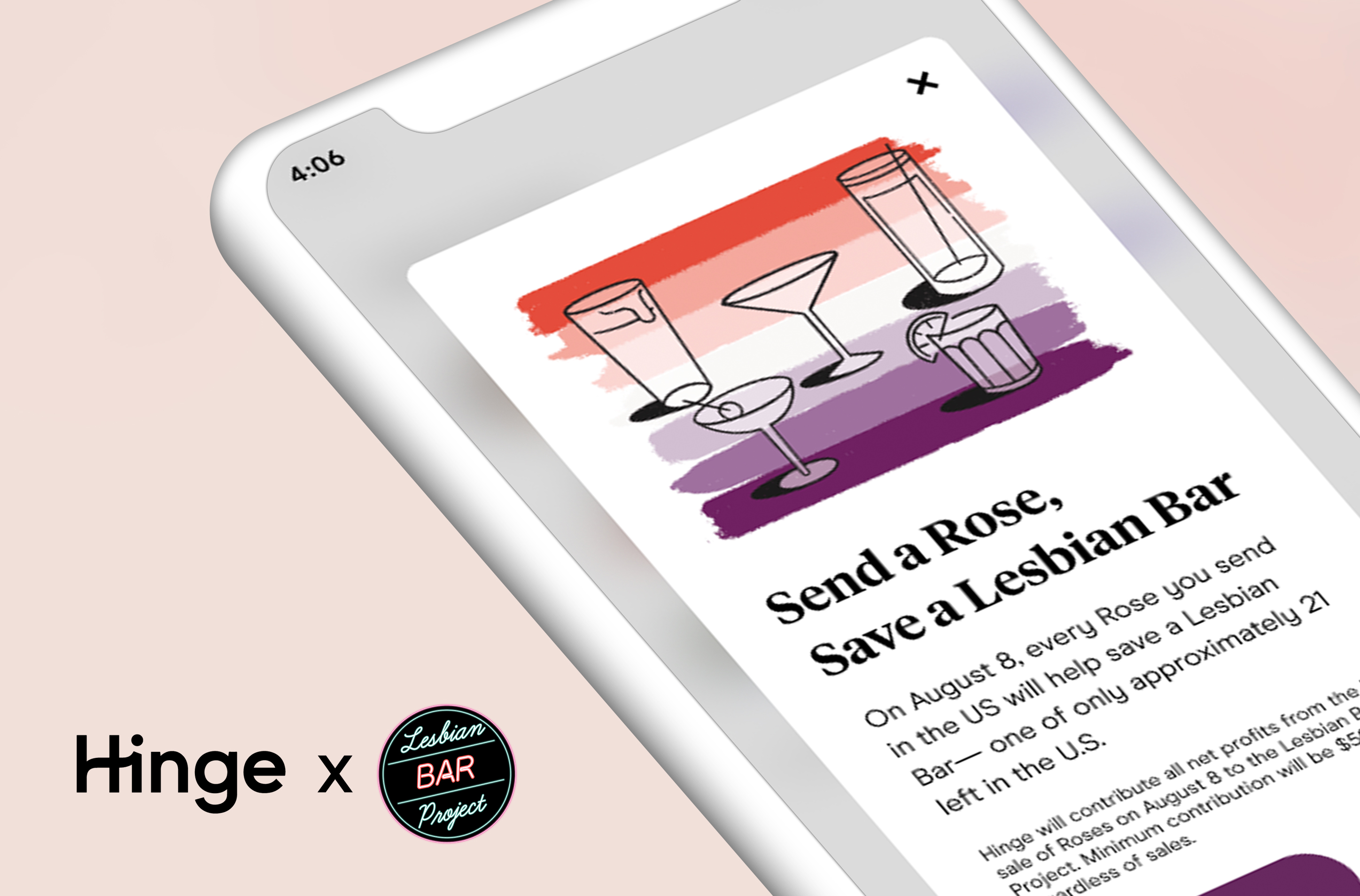 Hinge has announced it is partnering with ‘The Lesbian Bar Project’ on a new campaign to try and save the small amount of lesbian venues in the United States.

The entire hospitality industry has struggled through the last 18 months, but the issues for lesbian bars have been going on much longer. It’s estimated that at the end of the 1980s there were 200 in the country and now only 21 remain.

The Lesbian Bar Project is part of Jägermeister’s #SAVETHENIGHT initiative, which works to save these few queer establishments and help them thrive.

Hinge has committed to donating the net proceeds from US sales of Roses (premium likes) on Sunday, 8th August, with a minimum contribution of $50,000.

CEO Justin McLeod said in a statement: “The bars that comprise The Lesbian Bar Project are not only a safe space but an essential part of LGBTQIA+ culture. Our hope is that this support will help these sacred spaces to stay open through this summer and beyond.”

The dating app has identified three establishments that are in the need of the most assistance, in New York, Oklahoma City and Nashville, but is also encouraging its LGBTQ users to visit their local bars and support them as much as possible.

A number of interactive experiences, such as Prompt coasters, will be available at the locations to help users get to know each other and spark conversations. 73% of Hinge’s lesbian users say they prefer lesbian bars because it makes them feel safer and more comfortable when socialising.

Earlier this summer, Hinge added new pronoun and sexuality options so the community could better express themselves.