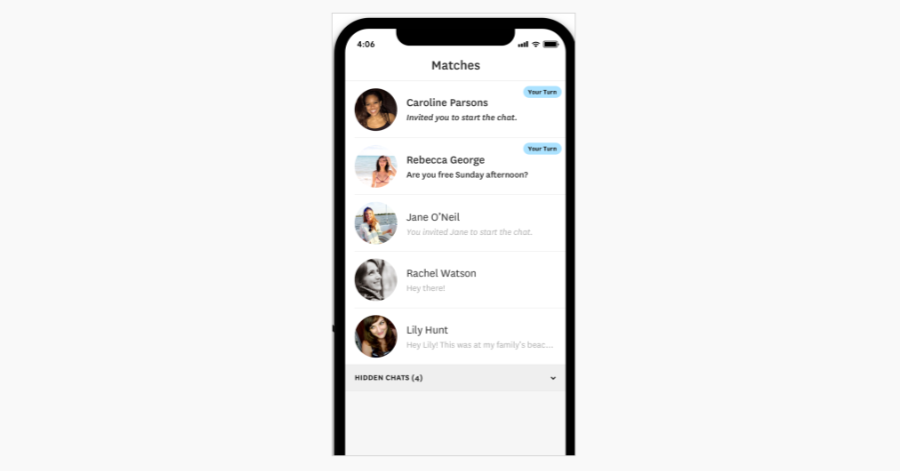 A blog post from user analytics platform Mixpanel has detailed how Hinge made use of data-driven insights to refine its product.

Featuring quotes from Tim MacGougan, Chief Product Officer at Hinge, the piece begins by describing Tinder’s reputation as a superficial, swipe-based product. Hinge has previously marketed itself as the solution to swiping fatigue, so the product needed to back this up. This prompted the first interface redesign.

MacGougan explains that getting users on great dates requires both interpersonal compatibility and excellent timing. A perfectly matched couple could miss one another completely if they are not active on the platform.

“There’s a lot of algorithmic complexity that goes into what we do,” said the CPO. “If we were to recommend somebody that you’ll love, but they’ve been inactive for three months, it’s a great recommendation but a dating miss. We have to understand a lot more than just preferences.”

Scrollable profiles were one of the major renovations brought in by MacGougan. This update nudged singles to focus more on those who they have already matched with, discouraging endless browsing.

Another move was to remove anonymous mutual opt-in. The product team were reportedly concerned that users were more curious to see who liked them than they were about genuine compatibility.

These improvements were largely intuition- and qualitative data-led, however, and Hinge has since looked to tweak its offering using more of a statistical approach: “My fear is that I’ll be persuasive, but wrong. It’s tough to really ever prove anything, especially in our product, which is such a complex ecosystem where everything affects everything. But good data, understood well, goes a long way toward being right.”

Hinge’s second redesign came off the back of a deep dive into user behaviour. The team found certain trends, like a reduction of interest in the home screen, that allowed further positive tweaks to be made.

It also became apparent that ‘stalemates’ were fairly common – neither user sending the first message, even after a match occurred. To reduce the prevalence of this behaviour, Hinge brought in the ‘Your Turn’ feature. Mixpanel claims it reduced stalemates by 13%.

User retention was up 20% following the second redesign, and user growth increased fourfold.

The article finishes with a quote from IAC CEO Joey Levin, one of the figures behind Match Group’s recent acquisition of Hinge: “Hinge seems to be getting real traction with a very interesting audience. It’s a truly great product.”