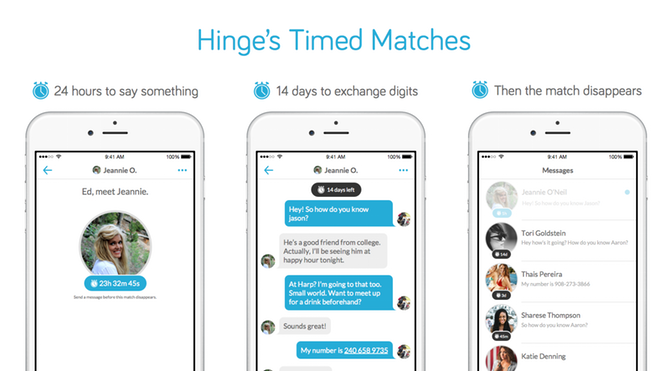 Hinge, the dating app that connects users to matches through their Facebook friends’ friends, has just removed its 24-hour “timed matches” function.

The app first launched the feature back in November 2015, in an effort to get more pairs who match on the app to meet up in-person.

However, it is likely that the app has not seen the desired results from the feature, and has therefore decided to remove it from the app.

In an email sent to its users, Hinge said: “You are busy, and 24 hours is sometimes not enough.

“At the end of the day, our job is about helping you find someone great, and timed matches didn’t do that. We want to make it right.

“So we’re turning off the clock. The 24 hour clock that is.”

The app will still enforce a 14-day limit on conversations, which it believes has helped to create more dates for its users.

To turn off the 24 hour timed matches, users simply have to update the app on their device.

Find out more about Hinge here.