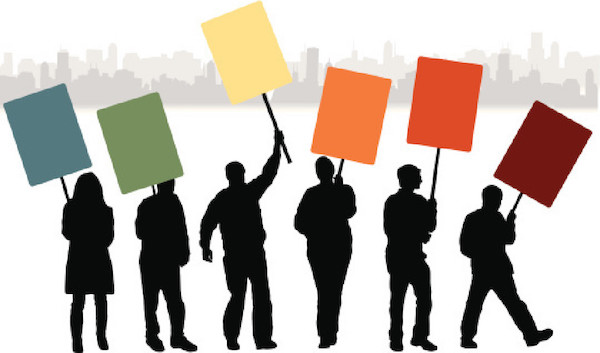 Gay dating app Hornet is planning to promote the #ResistMarch protests that are taking place across the US, asking people to stand up against discrimination.

On the 11th June, marches are expected to take place in Los Angeles and Washington D.C., with others planned in West Hollywood and New York City.

The marches hope to raise awareness about discrimination of the LGBTQ community, focusing on the Trump administration and some of the policies it has introduced.

Hornet said it will send push notification to its users, offering information and updates on the #ResistMarch protests.

The app will also inform singles about how they can participate and “connect with others that share a commitment to social justice”.

Hornet is also encouraging users to share the information it sends out.

“Hornet was designed to stay connected and build community. As part of our on-going advocacy partnerships and health initiatives, we are proud to become the trusted content and news source for our community and its allies gathering information to create change.”

The Los Angeles march, which will be taking place during L.A. Pride weekend, is being organised by Los Angeles-based entrepreneur and activist Brian Pendleton.

In a post on WEHOville, Pendleton said: “Our goal at #ResistMarch is to bring everyone together so we can share this experience.

“It’s free. It’s colourful and colour blind. It not only celebrates unique groups but attempts to give home to the intersectionality of us all.

“We are no longer just white cis-gender gay dudes. We are lesbian veteran people of color, we are bisexual immigrants with disabilities, we are trans Muslim mothers.

“We simply are what we are and we must be given a voice.”