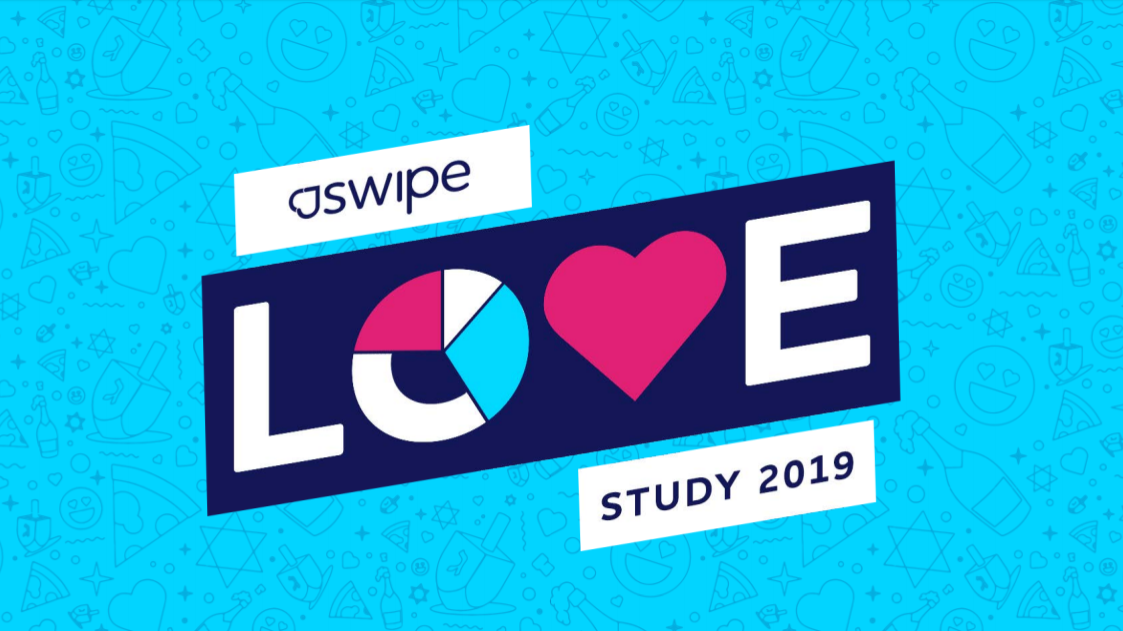 JSwipe has published the Love Study 2019, a brand new report that analyses some important factors of modern Jewish life.

As one of the leading Jewish dating apps it used its sizeable global user base to find out more about how people in the community is dating and looking for their future husband or wife in 2019.

The results were accumulated from responses given by 4,000 single JSwipe users. The majority came from within the core 25-35-year-old demographic and were based in the US.

The users explained they wanted religious continuity when the they have children, as well as simply wanting to marry someone with similar interests and values.

However, 9% admitted to feeling pressure from their family to marry someone Jewish.

One respondent explained: “My Mom would kill me, but I’d also like to raise a Jewish family full of traditions and culture. It’s just easier with someone else who’s Jewish.”

About half of the users believe that their family would react negatively if they married someone with different religious. A similar amount would also consider asking their partner to convert.

It was found to be more important to millennials that they had a traditional Jewish wedding compared to those who are over 50. This is potentially surprising as religion is largely becoming less important, with young people tending to not worry about their faith as much.

JSwipe founder David Yarus concluded the study by saying: “What was most important to us in pulling together this study was to present the individual views, thoughts, and experiences shared in the most pure, accurate and non-biased way possible.

“Whereas we originally intended to interpret the findings through a corresponding narrative layered throughout the report, we found that near-impossible to do without jeopardizing the ultimate intention of simply being a vessel to honor and amplify the voices of young Jews around the world.”