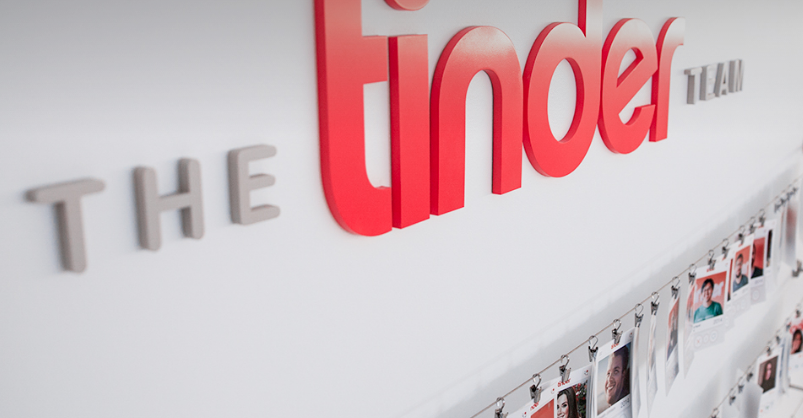 Filing a motion on Tuesday, Match Group has asked for the Tinder founders’ $2 billion lawsuit to be dismissed.

The founders’ lawsuit alleges that Match Group deliberately undervalued Tinder to prevent the entrepreneurs from cashing in their significant stock options at a fair rate.

Match and IAC argue that plaintiff Sean Rad was closely involved in the valuation of Tinder, and that he is in part culpable for the company being undervalued.

They say Rad estimated 2018 revenues to be $503 million, well below the $800 million figure Tinder is now on target to achieve. Match Group guessed even lower, around $450 million, leading the bank to estimate a middling figure of $485 million.

Tuesday’s filing makes the case that these valuations were not particularly different, and their being slightly different does not amount to corporate dishonesty.

Match said: “Sean Rad bet against Tinder, and then watched from the sidelines as Match’s stock increased 150%. He cannot unwind that gamble now simply because he regrets it.”

Orin Snyder, Sean Rad’s attorney, responded in a statement: “Their sham valuation is a case study of corporate dishonesty and corruption. When the jury sees the evidence, we are confident the talented team who built Tinder will prevail.”

In September, Match Group called for Bumble’s lawsuit against it to be dismissed. Read GDI’s coverage here.

“Today, IAC and Match Group filed our motion to dismiss the baseless lawsuit brought by Sean Rad and his cohorts. Despite the headlines surrounding Rad’s claims, we believe that the truth matters, and reality is incontrovertible – and the many fabrications, half-truths and omissions that permeate the plaintiffs’ initial complaint can’t change that.

Rad was always an employee of IAC/Match, working on a product that was always owned by IAC/Match. Because we believe rewarding and incentivizing long-term value creation is important, we created an equity program for Tinder with a contractually-mandated process for determining Tinder’s valuation that would allow employees to reap the rewards tied to the company’s success.

As our motion makes clear, Rad fully participated in the valuation process, advised by lawyers and investment bankers, and provided the banks with his own projections that wildly underestimated Tinder’s success. When the banks determined Tinder’s value Rad exercised his options and cashed out as soon as was permissible.

In doing so, Sean Rad bet against Tinder, and then watched from the sidelines as Match’s stock increased 150%. He cannot unwind that gamble now simply because he regrets it. We believe the complaint should be dismissed on the grounds stated in our motion and are confident in the merits of our case. We will continue to vigorously defend our position.”