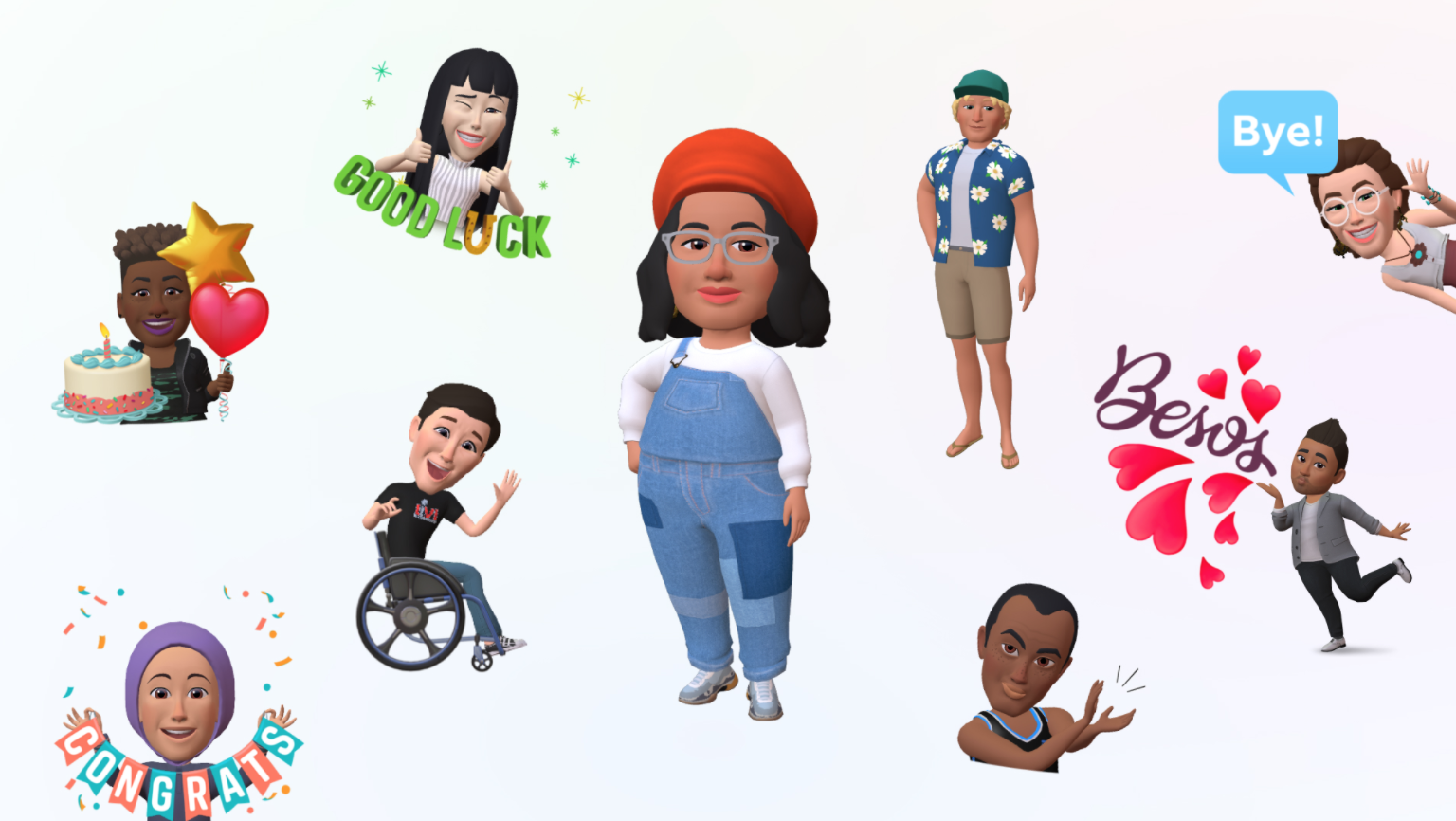 Meta has released an updated process for its 3D avatar creation on Facebook and Messenger, while it’ll also now enable people to use their custom avatars in Instagram Stories and DMs as well.

Starting today people in the United States, Canada, and Mexico can show up as their virtual self across apps via stickers, feed posts, Facebook profile pictures and more.

Meta’s new 3D avatars have more refined features and customisation options to make them look more like the actual people that they represent, while Meta’s also adding more inclusive customisation features, including Cochlear implants, hearing aids and wheelchairs, giving more users the ability to represent themselves in its apps in a more lifelike fashion.

Meta has offered avatars since 2019, but while some people have adopted these characters, they haven’t really caught on in the major way creator’s expected. Meta will be hoping to change that with this new expansion, which also, as noted, will enable Instagram users to create their virtual self.

Meta said: “From now until February 28th, you’ll be able to outfit your Avatar to support either of the two Super Bowl LVI contenders – or if you can’t bring yourself to cheer for either team, there’s also a neutral Super Bowl LVI shirt you can choose instead.”