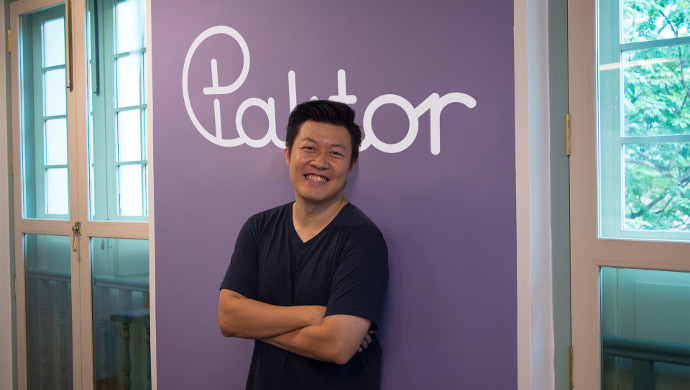 Ng Jing Shen stated in the interview that he believes that online dating is superior to the traditional way of finding a love interest. For example, via school or a workplace.

Ng said: “The ‘class size’ of the online dating pool is bigger,” stating that there are over 880,000 monthly active users on Paktor, with 180,000 coming from Singapore alone.

When asked about what attracted him to starting Paktor he said: “To me, I’m an engineer by nature. I thought it was an interesting problem space. Because the way I see it is before dating apps, how people meet their other halves is more or less by chance. So if two of you meet in school or meet at work, you get thrown into your class or faculty or your job. Socially, it’s relatively random and I think technology can do a better job of matching people.”

Ng added: “To illustrate, let’s say right you meet a friend through school, maybe the only thing you have in common is your PSLE score or your O’ level score, right? And maybe roughly where you live. In the online world, we know much more about you. And the ‘class-size’ of people is also bigger. So I think on that basis, online can serve as a better matchmaker than the Ministry of Education or the workplace.”

He also spoke about his background and growing up in Singapore, as well as when he studied Computer Science in the US and when he built his own startup called ‘Restless Singapore’, before founding Paktor with Joseph Phua.

Ng was asked about how the Paktor AI machine learning algorithm, to which he responded: “First, we use machine learning to check whether an image that is uploaded is of a real person, or is there is nudity, for example.

“Another way we use machine learning is to figure out what kind of people you like. This is similar to Amazon or Netflix’s recommendation algorithm. For example, let’s say you liked person A, B, C, D and E and a new user comes and likes person A, B and C. Because you liked the same three people as well, we will recommend person D and E to that user — we judge that you two have similar tastes.

“It is based on users’ reaction to each profile. Another example is if you match with person A, B and C, but only talk to C, we will try to find profiles similar to C for you — this is based on their profile info, such as age.”

Ng also spoke about how to localise Paktor to different countries and if the company were making any new acquisitions in the near future.