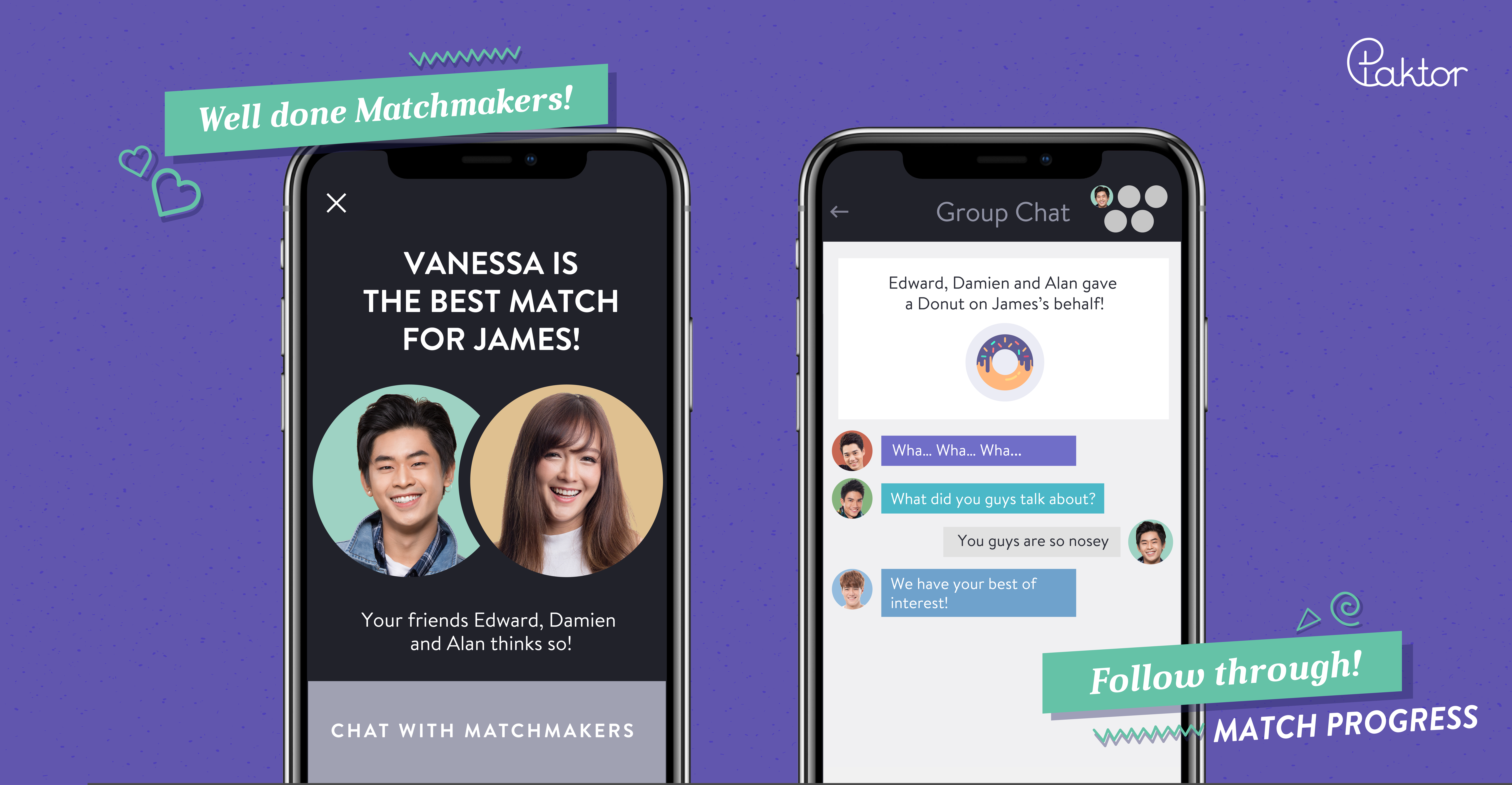 Matchmaker allows users to invite friends to play a mini-game of matching within the app, even if they are not a user on Paktor.

When there are at least three players ready on the set up screen, the person who initiated the game chooses a ‘Bachelor’ or ‘Bachelorette’ from the group. The other players then ‘match make’ for that individual.

After all of the players have finished swiping on the 30 profiles, results are displayed showing who is the best and worst matchmaker, and the most compatible profile is revealed. The matchmakers will then send the most right-swiped profile a gift on behalf of the Bachelor/Bachelorette to start a conversation. Once the two singles are in conversation, key events are fed back to the group of matchmakers.

Jing Shen, the CEO and co-founder of Paktor said: “Society has become more accepting of dating apps and what we are doing here is opening the app up to more users. In line with Paktor’s long-term vision where its normal for singletons to use dating apps and those who do not use them are an anomaly, we are tackling the stigma attached with dating app usage.”

“We see an increased 34% in user activity as well as 20% more matches with matchmaker and I expect these figures to grow when users are familiar with the feature.”

The feature is currently live in Singapore and will be made available to all countries by end December.