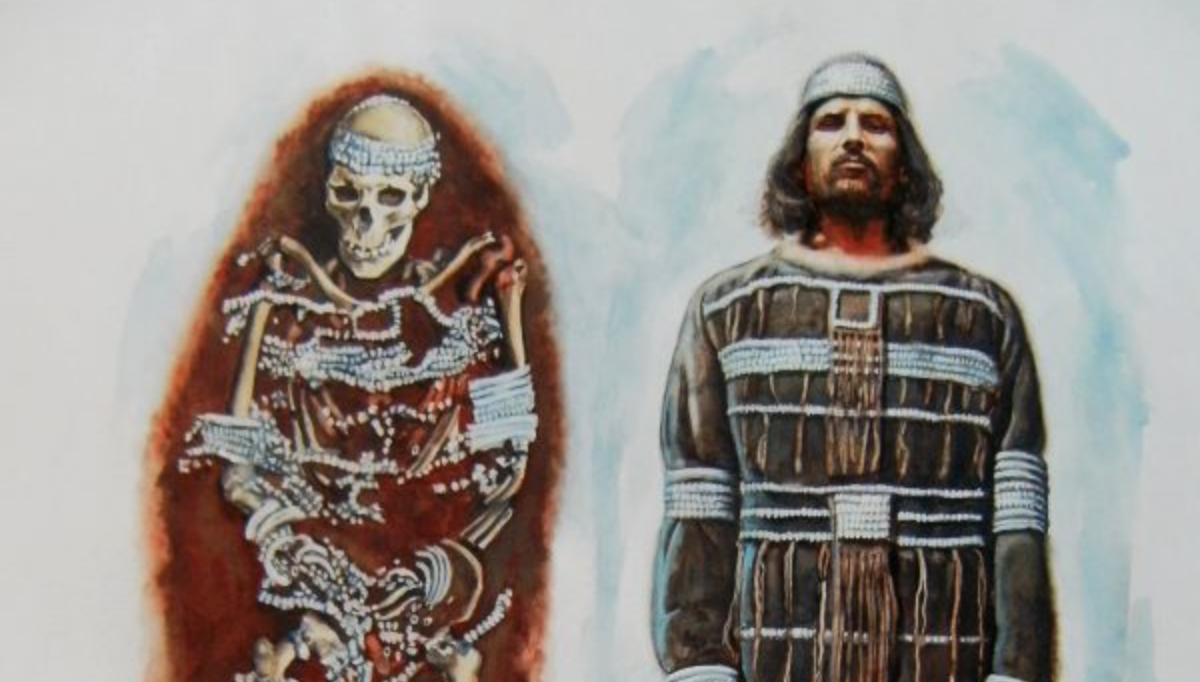 Evidence for this came from a famous prehistoric burial site in Russia named Sunghir that was inhabited by humans over 34,000 years ago.

To their surprise, the analysis found that these humans were not closely related genetically, as they had expected – the closest link discovered that of second cousins.

The academics believe this offers evidence that these humans deliberately sought partners from outside their immediate family, and likely developed sophisticated social networks to ensure this.

Senior author Eske Willerslev, a professor at St. John’s College and the University of Copenhagen, said: “What this means is that people in the Upper Palaeolithic, who were living in tiny groups, understood the importance of avoiding inbreeding.

“The data that we have suggest that it was being purposely avoided. This means that they must have developed a system for this purpose.

“If the small hunter and gathering bands were mixing at random, we would see much greater evidence of inbreeding than we have here.”

The jewellery and objects discovered with the remains also suggest they developed ceremonies and rituals around the exchanging of mates between different tribes and groups.

The researchers go as far to say that the development of this kind of complex mating system could partly explain why these modern humans survived where other species like the Neanderthals did not.

Professor Marta Mirazón Lahr from the Leverhulme Centre for Human Evolutionary Studies at the University of Cambridge, said: “At some point, early human societies changed their mating system into one in which a large number of the individuals that form small hunter-gatherer units are non-kin.

“The results from Sunghir show that Upper Palaeolithic human groups could use sophisticated cultural systems to sustain very small group sizes by embedding them in a wide social network of other groups.”

The research paper, “Ancient genomes show social and reproductive behaviour of early Upper Paleolithic foragers” was published in the 5th October issue of the Science journal.