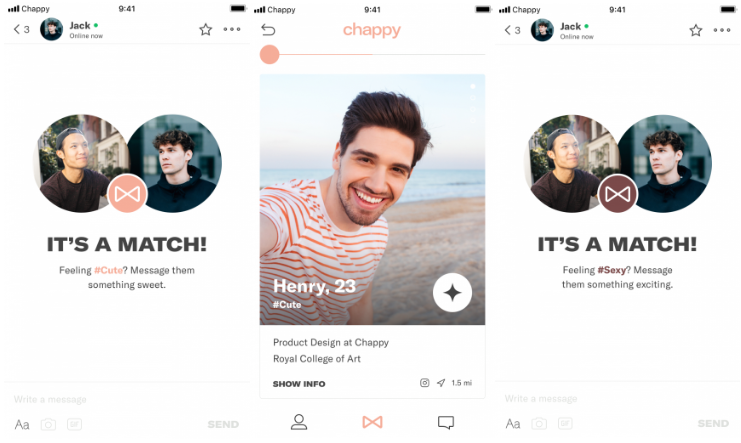 Chappy has published the ‘The Chappy Report UK 2018’ which investigates and highlights discrimination within the LGBTQ+ community.

Over 500 gay and bisexual British men participated in the survey which looked into workplace discrimination, racism and domestic abuse.

The report was commissioned to offer more of an insight into the issues highlighted in the Chappy Pledge, a contract that all users of the app must sign to promise they will contribute to building a safe and responsible dating platform.

A letter to the community from Team Chappy reads:  “Despite our previous victories, we issue this report to spotlight the discrimination that is still prevalent in Britain today.

“At Chappy, we wished to better understand how it is to live in Britain as a gay or bisexual man. Some of the stories aren’t easy reading. But we refuse to shirk the difficult topics.”

54% of the respondents admitted they had experienced discrimination in the workplace because of their sexuality. However, over half (57%) did not report it because they believed no disciplinary action would be taken.

In spite of this, 68% of the men said they felt comfortable talking about their sexuality at work. Further investigation revealed that this is because gay men tended to stick to “gay-friendly” fields, and avoided what respondents considered to be more homophobic fields (such as “manufacturing”, “sport” and “construction”).

In terms of racism, 35% of the non-white men said they’d been a victim of abuse from somebody else in the community.

38% want the capability to filter their dating searches by race. A majority of this group are ethnic minorities, many of whom reportedly don’t want to match with white men for their own safety.

While Chappy says it sympathises with these victims, it will not be adding filters because it believes in true diversity as a sustainable solution.

Finally, 11% of the men confessed to using physical violence against a sexual partner, with a further 2% preferring not to answer that question. However, one respondent said the question was asked in isolation and he clarified he’d only struck his partner after he’d been punched 13 times.