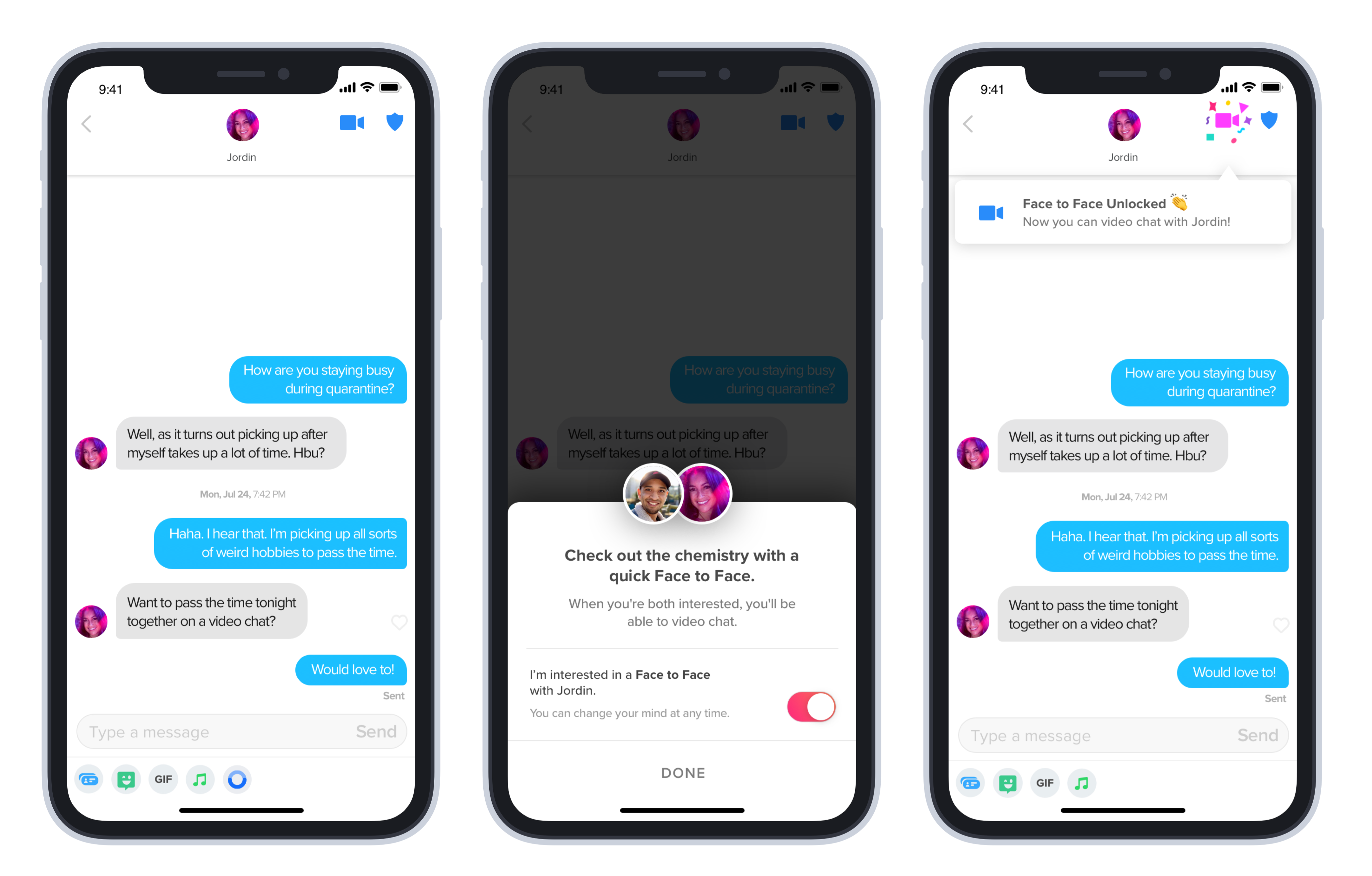 Tinder has announced that its live video call feature is getting a global release after three months of testing in select markets.

‘Face to Face’ was first launched in July to help users connect with new people while government guidelines asked them to stay at home. The whole of the online dating industry was forced to pivot and focus on virtual products with a large amount of success.

Tinder’s offering sees users each take a 50% share of the screen, so they can make sure that they are presenting themselves in the best possible way. It was initially tested in four US states, as well as Brazil, Australia, Spain, Italy, France, Vietnam, Indonesia, South Korea, Taiwan, Thailand, Peru and Chile.

The product was also developed by Tinder’s ‘Trust and Safety’ team so users are given an extra level of comfort and control to make the potentially daunting process a little bit easier.

Rory Kozoll, Head of Trust and Safety Products, said to TechCrunch: “We’re excited to share that our Face to Face feature is rolling out to our global community after receiving positive feedback from our members who have had early access to it.

“This adds to our growing list of features built focused on member safety throughout their dating journey, like Photo Verification, Safety Center and our offensive message detection technology.”

Video calls are only available once both parties have agreed to a list of ground rules and users have the ability to completely turn the feature off in their settings.

Tinder gave its original web series an international release last month. The global roll out of ‘Swipe Night’ was originally postponed after the show’s apocalyptic themes were deemed to be too inappropriate for the early stages of the pandemic.